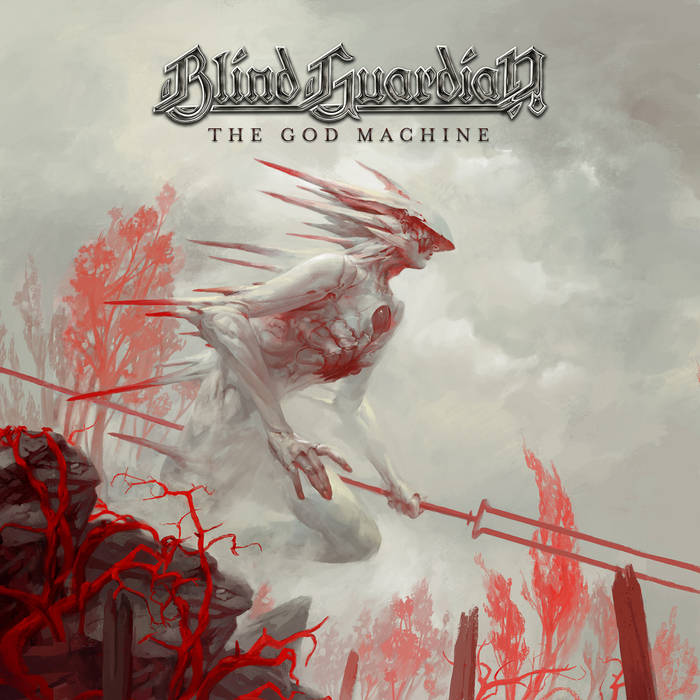 Type: Full-Length
Release Date: September 2nd, 2022
Label: Nuclear Blast
Genre: Power
1 Deliver Us From Evil
2 Damnation
3 Secrets Of The American Gods
4 Violent Shadows
5 Life Beyond The Spheres
6 Architects Of Doom
7 Let It Be No More
8 Blood Of The Elves
9 Destiny

Listening to a new Blind Guardian album always raises some nostalgic feelings in me. It is always a little bit like coming back home after a long time – some things have changed but in general all is trusted to you and you feel comfortable. Okay, the last times I came back home metaphorically, the house was a little bit untidy and some things weren't there but now with Johan van Stratum on the bass they have made up my acoustic home again after 7 years of absence (if you don't count the live album and the lukewarm and disappointing Twilight Orchestra release).

Of course the Germans have changed their sound a lot during their 35-year career and I guess I don't have to tell you about that here, that would go beyond the scope. But what I can anticipate is that they found a lot of old strength with The God Machine what is concerned with heaviness and speed. Of course there are these typical melodies too which make the band that unique but also some darker, gloomier arrangements crept into some of the tracks.

'Deliver Us From Evil' which was also released as the first single is a typical Blind Guardian track with all the elaborated melody finesses that the band has developed almost into absolute perfection. The chorus has the bombastic and epic trademarks like songs on A Night At The Opera or Imaginations From The Other Side and puts you into a very perfect mood to listen to the album. But the band doesn't continue this epic style in the further progress but gets a little bit slower, darker and heavier with 'Damnation' and 'Life Beyond The Spheres'. Hansis vocal range is much wider than on the previous album, too, so that he underlines this gloomy mood with some deeper and somewhat more evil vocal patterns. Another big surprise is that they go back wide into their past – with 'Violent Shadows' and 'Architects Of Doom' they do have two really fast and crushing speed metal songs on board and I think that they haven't written such fast tracks since Tales From The Twilight World. 'Let It Be No More' is the ballad on The God Machine and has some very personal lyrics because Hansi tries to work with the death of his mother. It might be the weakest track but having that sad background in mind this may be very forgivable. Closing with 'Destiny' this is the most “modern” Blind Guardian song on the album which reminds of some songs from the newer albums. It is a very complicated and encapsulated song that needs some listening sessions to fully explore it.

Having mentioned the lyrical background of 'Let It Be No More' – the band was influenced by a lot of interesting literature (as always) such as “The Stormlight Archives” by Brandon Sanderson, “Kingkiller Chronicles” by Patrick Rothfuss, “American Gods” by Neil Gaiman and “The Witcher” by Andrzej Sapkowski. Maybe you get some inspiration for your next books here.
With their 12th regular studio album the band found back the old strength and it might be their strongest album since A Night At The Opera. Those who thought that Beyond The Red Mirror was much too bulky and top-heavy will be pretty glad about the songs and the people who left following the bands career after Nightfall In Middle-Earth may be happy that the Rhinelander concentrated more onto heaviness and epic and rousing hymns.