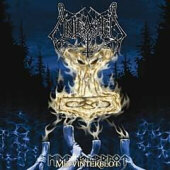 Type: Full-Length
Release Date: October 6th, 2006
Label: Century Media Records
Genre: Death
1 Blood Of Lies
2 This Is Our World Now
3 We Must Join With Him
4 Midvinterblot
5 In Victory Or Defeat
6 Triumph Of Genocide
7 The Avenger
8 Salvation For Mankind
9 Psycho Killer
10 The Witch
11 I Have Sworn Allegiance
12 Age Of The Warrior
13 New Dawn Rising
14 Loyalty And Pride
15 Valhalla Awaits
MetalBite on YouTube

Midvinterblot has a difficult position in the wealthy catalogue of Unleashed. It is framed by two mighty albums that show the band in very good form. But don’t worry, there is no need to panic. Midvinterblot does not stand in the shadow of its neighbours. Unleashed just had a creative flow and each and every of these three albums alone had more good songs than Victory, Warrior and Hell’s Unleashed together. Now, one might argue that Unleahed were anything but creative, because stylistically the albums from 2006 to 2010 are like two, sorry: three peas in a pod. That's true, but first of all there was no reason to change the style, because the three discs present exactly the sound that fits Unleashed perfectly. Secondly, the songs are simply great in their overwhelming majority. Given this fact, it does not matter that a few parts sound painfully generic.

Of higher relevance is that the Swedes present their usual mixture of mostly fast-paced, dynamic songs that keep a close eye on catchiness. Spontaneity beats complexity, in general as especially in the sound cosmos of Unleashed. The album sounds fresh and one can feel the musician’s joy of playing. 15 pieces are offered. Maybe 13 or 14 would have been enough as well, but the individual bites are served in easily digestible sizes. No track crosses the four-minutes-mark. Nevertheless, the record as a whole has a certain majestic touch, because the homogeneity of the material is remarkable and thus the songs form a monolithic full-length – which stands production-wise with both feet firmly on the ground. Midvinterblot shows no weaknesses with regard to its technical implementation. It sounds heavy, organic and down-to-earth. Moreover, when it comes to the fastest sections, a brutal touch is not missing.

The full-length is filled to the brim with tracks that are appropriate for a successful first contact. The darkness and the pressure of 'Loyalty and Pride' are the most important elements of the final gem of Midvinterblot, but the opener, 'This Is Our World Now' or the crisp 'In Victory or Defeat' make clear that the first half of the album is very strong as well. Not to mention 'The Triumph of Genocide' with its pearling guitar line or the delayed quasi-title track of 'Sworn Allegiance'. The latter impresses with a fantastic flow and a memorable chorus. And I am sorry for my disinterest in innovation – from my point of view, Johnny Hedlund can scream again and again “Odin, hear my call” or “We are the immortals” as long as the music works – and that’s exactly the case on Midvinterblot.

This is a Death Metal album from 2006 that has a pummeling sound that is quite appealing. It has similarities to Classic Death Metal like Entombed at the forefront. However, there is also a pristine modern edge that is a welcome addition as well. These guys bring their own punishing approach to the table, however with a great deal of intensity.

The riffs have a groove and a very European sound that is distinctive, like what Entombed and Dismember used to portray so effectively in their early days in particular. The songs have a great deal of melody to go along with the crushing nature. The outfit has found a manner to perfectly blend punch and harmony and standout in the Death Metal genre because of it. Songs are often catchy and addictive as well. The songs 'We Must Join With Him' and 'I Have Sworn Allegiance' will stick in the listener’s head long after being listened to, for example. The entire album has relatively short tracks that nonetheless make a great deal of impact and the entire ensemble is closed off effectively by the track 'Valhalla Awaits'. This final track is one of the more powerful ones to be found and does a really good job of finishing the deal.


Unleashed put together an album that perfectly combines nods towards classic acts from the genre and modern touches. "Midvinterblot" sounds relevant throughout and never fails to excite your pulse. If only every Death Metal band could put this much effort and passion into their performances, we’d have some really great metal music to look forward to. "Midvinterblot" gets a high recommendation to Death Metal fans seeking an album that sticks out from amongst the pack.