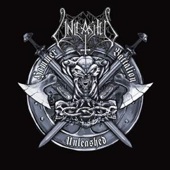 Type: Full-Length
Release Date: 2008
Label: SPV Records
Genre: Death
1 The Greatest Of All Lies
2 Long Before Winter's Call
3 Your Children Will Burn
4 Hammer Battalion
5 This Day Belongs To Me
6 Marching Off To War
7 Entering The Hall Of The Slain
8 Black Horizon
9 Carved In Stone
10 Warriors Of Midgard
11 Midsummer Solstice
12 Home Of The Brave
13 I Want You Dead

A little love, a little wealth, a little intrigue. A little sex, a little betrayal, a little glamour. These are usually the themes that many people feel very entertained by, preferably with a mix of everything. Consequently, my vanity whispers in my ear to include as many of the above themes as possible in this review. After all, I'm an unoriginal critic who wants his writing to be read. But then Johnny Hedlund comes along the way, hits you once more with pure death metal and doesn't give a damn about love, sex and all that other nonsense. But what the hell, the partly mythological, partly anti-religious and often very scene-typical lyrics of Unleashed have never been the decisive detail in the band's work.

Hammer Battalion, the ninth album of the Swedes, shows the iron brigade in a perhaps not absolutely outstanding, but very good form. Nothing reminds of the low point of the band's history, the lame and painfully boring Warrior. Instead, there is brisk, conventionally structured death metal to the ears, which is dominated by good, if sometimes a little less spectacular guitar lines. The brute opener with its optionally bulky respectively flowing guitars and partially blast beat-like drums and the fast-paced, straightforward and effectively riffing 'Long Before Winter's Call', also with extremely fast chorus, set the direction in which also the mostly unbridled title track runs. But of course the experienced fighters also provide a certain amount of variety. 'This Day Belongs to Me' gives the supporting guitar line a lot of space and thus the song develops an undreamt-of power. Dramatic atmospheric tones like in 'Entering the Halls of the Slain', however, remain an exception.

But regardless of these details it is to be noted that the fire still burns the band, without which a good metal album is simply not possible. Johnny has integrity and his colleagues are in no way inferior to him. There is no powerless bullshit to be heard here. The band holds the reins firmly in the hands until the end. Of course, it can be argued whether it is artistically the last wisdom, if for example 'Warriors of Midgard' more or less copies the formula of the two openers. But a good piece of music is a good piece of music and there can be no doubt at all that here once again dynamics, speed and the power of the excellently staged guitars meet. Therefore comes a very convincing result, anything but surprising.

No question, Hammer Battalion offers nothing really new. Unleashed shy away from experiments, but I doubt that any fans would have been pleased with any clumsy innovations. You get what you expect - and once again in a nearly flawless sound. The album hits the right note, neither sounding overly clean nor losing power due to a spongy production. The cutting tone of the guitars and the basic aggression in Hedlund's voice shape the appearance of a work that is without a doubt one of the "hidden heroes" in the discography of a group that, in my view, is far too often measured against its supposedly outstanding debut. And as sorry as I am that I couldn't cover a little bit of sex and a little bit of wealth, I think Hammer Battalion is also very good entertainment.

The words accomplished and steadfast are used far too liberally in the metal world. Reviewers alike constantly praise artists for being either of the aforementioned because they simply are heavy and conform to a “traditional” death metal mold -- the embodiment of a faster-and-louder-is-better viewpoint -- or they have been around for a certain length of time. Speed, volume, age and adherence to a template, my cohorts in darkness, do not alone make one accomplished or steadfast. Artists that consistently continue to achieve what they set out to achieve, upholding the basic principles of metal (or any genre), without changing course and unswayed by critics or current musical trends – and do so with a cohesive and loyal following -- are not abundant. They are rare. Unleashed, however, is a prime example of a true pillar of metal dogma. In their lengthy history, relative by death metal standards, Unleashed have refused to decelerate, quiet, compromise or change. With Hammer Battalion, the band’s ninth studio album, Unleashed proves that they are both accomplished and steadfast.

My first experience with these Swedish metallers was 1992’s Shadows In The Deep. The opening track, “The Final Silence,” immediately demonstrated to me what the band was all about. Johnny Hedlund’s primal growl in the beginning of that track made me want to braid my goatee and pillage the nearest town…until I realized that people don’t really pillage anymore. Hammer Battalion’s first track, “The Greatest of all Lies,” is eerily similar to Shadows’ opener. Hedlund sounds exactly like he did 16 years ago, excreting vocals that are inhumanely guttural and angst-ridden. The guitars chug along the familiar thrash-constructed tracks that previous Unleashed albums traversed, complete with a sonically-ubiquitous bass layer that could shake Dante’s ninth circle of Hell.

“Long Before Winter’s Call” takes over where “The Greatest of all Lies” ends, which would be at a rest stop somewhere between furious and livid. The song starts out with a fierce riff that recalls something of a ménage a trois between the Sex Pistols, Dismember and Emperor. Anders Schultz’s percussion, which has never been extraordinary, is notable on this track. Schultz displays an ability to perform metronome-like double-bass rhythms and Carcass-influenced blast beats that pummel as much as they impress. As much as early grindcore seems to be an influence, there is a presence of 70’s punk and 80’s thrash.

Lyrically, Unleashed have always been a bit archaic, incorporating about as much cheese as a chef salad. I do think that is part of their appeal, however. The scope of their songs is as unchanged from 1991 as their use of themes of war and Viking imagery. No song in Unleashed’s history is more characteristic of this than “Hammer Battalion.” “The order is to kill, fire at will, the order is to kill, fire at will, Hammer Battalion unleashed.” Simple, yes…cliché, maybe…but as metal as metal gets.

Beyond the slight banality of their lyrical concepts and imagery, Hedlund and co. are musical pioneers. Unleashed is to death metal what Mario and Luigi are to video games – basic but original, old-school yet classic, purveyors, innovators, perseveres and poster-boys of a simpler version. “This Day Belongs to Me” and “Marching off to War” are solid middle arrangements and exemplify this originality in simplicity. Both offer a strong dose of Where No Life Dwells-era Unleashed goodness, with a touch of melody.

“Black Horizon” is a black metal song trapped in a death metal body, while “Carved in Stone” is a lesson in frigid Scandinavian metal. Both tracks are inspired, creative and, dare I say….fresh?! Repeated listening to this album, especially to these two tracks, made me realize that after such a long tenure at the forefront of the death metal scene, Unleashed have as much inspiration and metallic ingenuity as ever before. With their penchant for live albums, I cannot wait to hear these songs in a live environment, with venom-spewing fans chanting in the background.

Hammer’s tenth track, “Warriors of Midgard,” is a speed metal song with more remarkable moments from behind the drum kit. The guitars are acute and unrelenting, force-feeding the listening one harmful riff after another. “Midsummer Solstice” is its predecessor’s sequel, musically, building on “Warrior’s” ruthless riffage, but with a black metal element. I’m not sure what the foursome has been listening to between Midvinterblot and Hammer, but Emperor and Mayhem seem to be somewhere in the mix of Hammer inspirers.

The album’s closers, “Home of the Brave” and “I Want You Dead,” are more typical Unleashed songs, encompassing the detuned thrashing that one would expect from the Swedes. Evident by the closing tracks, this band has an uncanny knack for creating a dark, ominous sound, allowing one to feel the adrenaline of a Viking on his way to desecrate. Hammer closes with “I Want You Dead” fading into oblivion, leaving the prey consumed and digested.

Hammer Battalion is a triumphant album, not just in the scope of Unleashed’s discography, but in the genre of death metal. It proves that metal is far from deceased and that Unleashed, as long as they are inspired and able, will be a leader in supplying Grade-A metal. For those with a preconception of what modern metal should be, suspend your notions, close your eyes and let the boys transport you to the icy fjords of the north. Hammer is quintessential Unleashed and the foursome at their finest, possibly the tastiest slab since Victory.