Myrkskog - you might not be too familiar with that name yet but I strongly advise on making some room for it in your alcohol-rotted brain. The Norwegian trio’s second offering "Superior Massacre" lives up to its title, and like a bullet through the brain delivers a devastating amount of extreme metal leaving nothing but sludge as the remnants. Being just their sophomore release, "Superior Massacre" staggers through the door with the highest quality death metal blasting, and with a touch of black metal (obvious influences from members other projects) guaranties an listen unsurpassed in diversity and zealous fury. Band founder and the man behind guitars and vocals, Destructhor answers my questions. 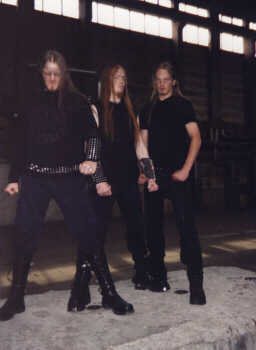 Most people should already be familiar with your band, but for those living in the woods can you tell us a little about how it all started and give us today’s lineup?

It all started in late ‘93 when I and Master V formed Myrkskog. Back then we only did a rehearsal tape which we never released or anything like that. We had a couple of different drummers for shorter periods, but we used a drum machine in '95, until we got Anders Eek (Funeral) on drums and Sechtdamon (Odium) on guitar. In late ’97 Eek was out of the band, and Sechtdamon took control of the drums. In '98 Savant M joined us on guitar, and he stayed in the camp until '00, when he was given the boot. Some months earlier Master V had left the band. Today’s line up is: Destructhor: Guitars/ Vocal, Sechtdamon: Drums, Gortheon: Bass.

Myrkskog, a Lord of the Rings reference, is not the most fitting name to describe your music. When you started this band did you have different ideas about the music style you were going to perform?

When we started Myrkskog we were performing a whole different kind of music than we do today, and I can agree that Myrkskog was a lot more fitting name then. But we were known with that name, it means a lot to us and of course... we like it, so we couldn’t see any reason to change it.

The band went through some personal changes since "Deathmachine", what happened?

Master V and Savant M wanted Myrkskog to go in a different direction compared to what I and Sechtdamon wanted it to be. So it was kind of a two against two relationship in the band. But after their departure we finally felt that we were on the right track.

Since you play in both bands, can you comment on a statement I’ve read Myrkskog's musical aggression that "[it] makes Zyklon look like The Monkeys"?

I know there are a lot of people comparing these bands, and personally I think it's stupid. Myrkskog is much more brutal than Zyklon, but Zyklon is not meant to be like Myrkskog either. They are two completely different bands!

Do you prioritize one of those bands over another? If so, which one and why?

I think I work pretty hard with both bands, and also appear professionally in both of them. When it comes to music I'm extremely dedicated to what I do! Speaking of composing music I do more material in Myrkskog. But that falls naturally since I am the mind behind Myrkskog, and Zamoth is the mind behind Zyklon. 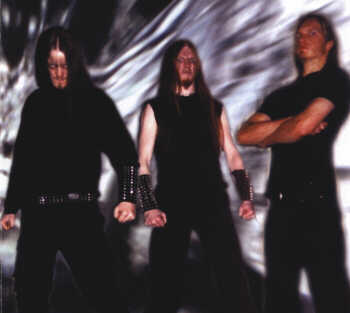 If both bands are on the same level to you, then let me ask you a little harder question... If tomorrow you could play in only one of them which one would it be?

That would be Myrkskog! That's simply because Myrkskog was my first real band and I've been working with it for almost 10 years, so Myrkskog is in my blood. As I said, this is my band, and Zyklon "belongs" to Zamoth.

Now, let's talk about "Superior Massacre", first of all can you tell me what's going on in the cover? I was turning and twisting it in any possible way and I still can't get much of it... I guess it's a perfect compliment to the album's title.

The thing is that we just told Konstrukt to create something dark and atmospheric for us and he came up with this suggestion that we found very fitting, so we decided to go for it.

Musically "Superior Massacre" is as twisted as the cover... who's responsible for all those sick tracks?

Mostly me. Sechtdamon has composed one song, and I have composed the seven others.

Composition-wise, is Myrkskog a product of one person or is it the whole band's effort?

Even though I compose most of the music, it's absolutely a whole band effort. Every man's job in the band is important to fulfill the madness!

Does "Superior Massacre" follow a lyrical concept or does each song have its own sick story?

Myrkskog's lyrics are pretty much based on murders and violence. Myrkskog is about getting all our aggression out, to fucking stab the blade through the chest of people that stand in our way. There's a lot of bullshit going on out there and playing this kind of music really gives a good opportunity to blow out the beast we have inside.

Did anything unusual happen during the recording process that sparked this eruption of anger and fury or are you just like that everyday?

No, I think the recording process went pretty peaceful. Of course we've got this anger inside all the time that inspire us to keep on, but at least we (usually) use it the constructive way...[laughs]. 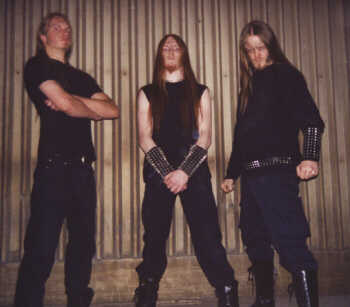 I can't call Myrkskog a black metal band but why do you think with basically one record you achieved more than countless Norwegian black metal outfits?

That’s right! Myrkskog is not a black metal band, we prefer to call it what it is; Extreme Metal. I don't know if we can say that we have achieved more than other bands from Norway, but we can for sure present unique music with brutality and aggression that differs from what has come from Norway earlier.

In your opinion, is pure death or black metal dead and the only way to form an attractive and original band is by mixing music styles?

Absolutely not, personally I go for pure Death Metal. Some of my favorite bands are Nile and Hate Eternal, these bands are really interesting to me.

By the way, thank you for the outro... I've been listening to the album on the headphones and I almost went deaf during that high pitched noise. Was that your answer to the people that complained about the last track from "Deathmachine" 'Pilar Deconstruction (Syndrome 9 Re-mix)' being a re-mix and "destroying" the album's atmosphere?

Actually I am not too happy with this remix. The reason we used it was because we had to do an album at minimum 40 minutes, simply because it said so in our contract. I think it destroys some of the wholeness of the album. But musically I'm absolutely satisfied with "Deathmachine".

What are the chances of seeing you on this side of the ocean and what are the touring plans anyway?

Our record company is currently working to get us over to the States for a tour in Feb/ March 2003. I really hope this will happen. I'm really looking forward to bring Myrkskog to America. I think it is an important market for Myrkskog, because you know how to appreciate brutal music! Meanwhile we'll do a European tour with Nile in October 02.

Thank you for your time. "Let the Superior Massacre begin".

Thank you for the interview!