"Capitale De La Douleur" is hands down, one of the darkest and most depressing albums that has circulated through the course of the metal world. Weltschmerz have managed to put together the whole package for "Capitale De La Douleur"; lyrics, imagery and music. I spoke to Weltschmerz guitarist, Mauro Berchi (and label president of Eibon Records) concerning the new work of art and his label. 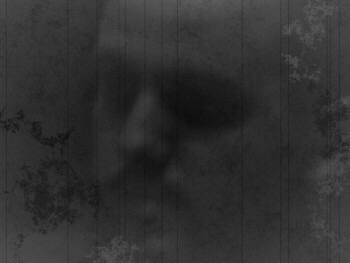 First off, I think "Capitale De La Douleur" is a fine piece of depressing music. You must be happy with how everything turned out on the album!

Well, considering the very low budget we had at our disposal for the recordings, the final result goes even beyond our expectations. But since we all are perfectionists and very critical towards ourselves, we still find many things that don't run like we would have liked them to and this is a pretty frustrating thing to have happen. But at the same time a thing we couldn't avoid, and I doubt we will ever raise enough cash to properly (according to our needs...) record our music.

I wouldn't speak about a single "concept". Weltschmerz is guided by a huge disillusion about the world and by a disillusion about the nature of human beings - hence our dark music. The different tracks are bound to each other by a red thread made of very negative points of view about what's surrounding us. About being happy with how the album turned out, we are all satisfied with the amount of negative vibes we put in the songs - we don't play for "fun", but rather to convey into our music a significant portion of our negative energies...

I feel that the murky grays and reds upon a relatively simple looking layout design help to bring out a further morose and hopeless atmosphere in addition to the music that you guys play. It is certainly one of the most appropriately put together aesthetic albums, with the booklet being a delight to flick through. Was there a deliberate vibe you wanted to achieve here?

Absolutely. We all believe good artwork is much more than a simple "complement" to the music. We then tried our best to give "Capitale De La Douleur" an appropriate look, and I think we frankly succeeded, thanks also to the precious help of Jordan Tagliavia, an emerging US artist who helped us a lot with focusing the visual side of this project.

The babies you can find throughout the album (there are a couple more "hidden" excerpts in the tracks...) can have multiple significances. Aren't we all like children in front of our failures?

Weltschmerz is a German composite word whose meaning is "The pain of the world" (Welt = world ; schmerz = pain). "Capitale De la Douleur" is French, and means "The capital of Pain".

Of course they are. As I said previously, there is a kind of concept behind the band, and all of the lyrics move in the same "fields". Themes like pain, deception, absence, loss. The inadequacy of our own lives. The sense of self-deception we all feel every time we look inside us. In order to express these feelings, we are using several different languages - Italian, German, French, and Latin they're just instruments we are using to reach our goal.

However, while some of the songs on "Capitale De La Douleur" are different to other songs on the album, I think the beauty of "Capitale De La Douleur" is that it is an album that you can understand where it is coming from despite your cultural/ethnic restrictions. Universally people can acknowledge the ideals of each song just through the music. This is the strongest feature of Weltschmerz and an attribute that very few bands possess. The whole album is drawn together under a single banner.

Oh, this is a very strong compliment, and we're glad to hear you enjoyed the album THAT much. We all consider music as the only form of art that totally transcends cultural barriers, and we're glad to see other people (like you...) share the same point of view. What we would like to achieve with Weltschmerz is just focusing the attention of the listener upon a few of the 'negative' things surrounding us. Using music as a "weapon"...

The cover of "Capitale De La Douleur" has the word 'nothing' on it. I also notice that the Weltschmerz lead male vocalist and bass guitar player's name is Nothing, is this a reference to him or to a bleak and hollow world that is 'nothing'...?

In spite of the very limited budget at our disposal for the recordings, I guess we managed to convey quite a lot of negative vibes in our music, and this is exactly what we were looking for. With a little bit more money, certain things could have probably been better refined, but this is the curse of all the bands that have to deal with underground music... 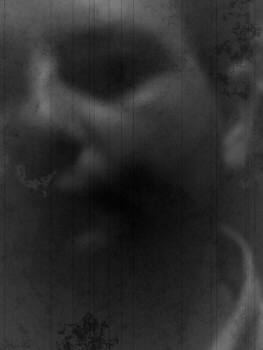 Was your label, Eibon Records the only choice to release "Capitale De La Douleur"? Being that you are label manager of Eibon Records is it at all difficult to have equal promotion of all records, because ultimately Weltschmerz is closer to your heart, and I guess there is a subjective bias to your work over others, even if it is not intentional.

Well, we didn't look for any other label, right because we all felt Eibon was the right place for Weltschmerz. We don't play to reach commercial exposure, and we really don't care if our records sell 500, 1000 or 5000 copies. The most important thing of all is having complete freedom in doing whatever we want, whenever we want, without any external imposition and/or request. On top of all, we are conscious that the music we play will keep us forever and ever miles away from "success", so there was really no need to look for another label around...

Why did you form Eibon Records? Being part of the renowned Canaan, too, it would seem that Eibon Records is a good platform for your own musical pursuits and goals. Is there a big goal for Eibon Records, other than releasing quality records each time? Do you want to reach the stature of say... Nuclear Blast Records or Century Media?

Eibon Records started back in 1996 as nothing more than a simple hobby, intended to "find the right place" for Canaan first album "Blue Fire". Immediately after, I started producing a few other CDs, and considering the astonishing feedback I got, I decided to turn it into a full-time job. The label is growing larger with time, following its natural evolution, but I don't think it will ever become a large one. I despise the rules of music "business", where promotion overcomes quality and where music seems to be just an accessory element in the transaction. I am working for passion only, producing music I like and I appreciate, and trying to keep the quality as high as possible. There are already enough crap labels around producing music for the "masses" - I'd like to keep Eibon a bit far from these miasmas...

I haven't heard past Weltschmerz material. Does it stand up well against "Capitale De La Douleur" in your mind? Are you proud of your old stuff or is it something you would rather forget about?

Oh, well, you'd better ask Anthony about this, as Weltschmerz was a one-man-band until in 2000, when the other members turned it into a "real" band. He was the one and only member and the one and only responsible for music & lyrics, so he's the only one who can give you a correct answer. According to my own point of view, the older material doesn't stand a comparison with the newer songs - far deeper, rounder and more complex. But this is just my own subjective point of view.

Weltschmerz is obviously a personal band, do you guys as a collective release albums for yourselves or for the fans? Is "Capitale De La Douleur" an album for Weltschmerz or for us (fans)?

We mainly play for ourselves. We know that releasing an album also means confronting yourself with feedback coming from other people, but the band has a great importance connected more with our "feelings" than with anything else. We are of course glad to notice that people enjoy what we do, but feedback of any kind (including the negative ones) has little value if compared to what Weltschmerz means to us all: a powerful way to discharge tensions and fears...

What is the idea behind the human emotion names for each band member (Malice, Indifference, Prejudice, Nothing and Desire)? They don't feature on your past albums, to my knowledge; is this to keep in theme with the despondency and grim feelings that "Capitale De La Douleur" emanates?

Quite simply, we don't think that our personal names are important. The band lives its own life, and we're like actors playing a role in this representation.

Does Weltschmerz have a chance to play live at all? I imagine you, yourself would have your hands tied down due to the commitments with your label Eibon Records.

We never played live, and I doubt we will ever do. Not because of my commitment with Eibon Records, but rather because we do not like live appearances. We don't feel the need of showing our faces in front of an audience whose receptivity is not guaranteed; and most important of all, we play exclusively for ourselves. So I guess nobody will ever see Weltschmerz on a stage - we can definitely consider it a "studio project" only...

We generally work on a very "complete" approach to music, so there's no possibility to have one strong element and another weak one. Music, lyrics, concepts, artwork, everything contributes to the final result in a very important way. And we are all reasonably perfectionists in what we do, so we would never release something that doesn't completely satisfy us...

This is all I have for you at the moment, Mauro. Thanks again. One final question is what lays down the road for you, Weltschmerz, or Eibon Records?

Thanks for the interesting interview, and for showing interest in Weltschmerz. The future? Who knows?