Whether you were impressed by the metal that came out in 2002 or not, one thing is for sure. That is that Insision released their debut, "Beneath The Folds Of Flesh". It’s a monstrous album of death metal and easily one of the best debuts that came out last year, and also probably one of the best death metal records of the year. Guitarist Roger Johansson had a lot to say about Insision and their new album, so without further ado... 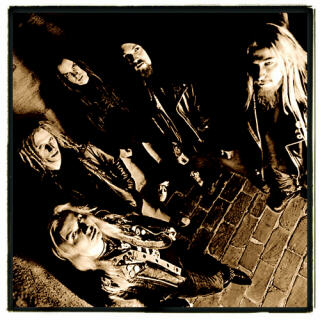 Roger, it looks like we have a problem. If I didn't like Insision so much I might feel inclined to take you guys to court, because "Beneath The Folds of Flesh" just completely kicked my ass when I first heard it! Congratulations on such a powerful album!

Thanks a lot man. Feels great to do this interview with a guy that likes "Beneath The Folds of Flesh". Thank you for taking time with Insision.

All right so let's get down to business. To start us off, could you just give us a brief overview of how Insision came to where we are today?

Yeah. The band was brought up from two other bands named Ilddor and Embalmer. Thomas (drums) played in the band Embalmer with the singer Johan Thornberg. Joonas Ahonen (bass) played in Ildoor and one day they met up and talked about doing a death metal project, which became Insision. From that point it goes. The first lineup was Joonas Ahonen (bass), Johan Thornberg (vocals), Tomas Daun (drums), and Patrik Muhr (guitar). Patrik then quit after their recording of the first demo tape, "Ment To Suffer". They then called me up and asked if was interested in doing the guitar. My band at the time, Disfigured, had just split up so I tried the guitar out for Insision.

How do you think Insision is different from other death metal acts, or what do you think it is about Insision that has caused people to take notice of you guys?

Well I think it's all about doing good death metal songs. It should be fast 'n' heavy, with much aggression, and to have a good red line through the whole song. Not over produced. Death metal should be a dirty thing. I don't know if we are different from any other act, it's just that we are working hard to write good music and try to get it out to as many in the crowd as possible and hoping that they like what they hear. I think it's very important to have a good lineup with guys you can trust and not shift it with other members all the time, and also to practice as much as possible to develop step by step.

Every time I hear something about Insision it's usually followed by something about how you guys are from Sweden and that death metal of this caliber isn't normally coming out of Sweden. What do you think about that? Are you guy's fans of the whole Gothenburg movement, or are you as tired as I am with it?

Personally I'm not listening so much to the melodic style. Everything you hear repeats itself. I don't know, maybe I'm just an asshole that doesn’t understand the good stuff in it! We just write music that we like and try to write it in the best way that we can, or as we want it to sound. If it's slow, fast, or whatever, it doesn't matter. The important thing is that it is a good riff and a good arrangement with a feeling in the song but not overproduced.

Are you happy with the production on "Beneath The Folds of Flesh"? Why did you choose Berno?

Well we didn't have that many suggestions as to where we wanted to record the debut. We didn't want The Gothenburg sound from Fredman Studios and we didn't want the Abyss Studios sound. So, Berno was the best we could come up with at the time. Sure I would want to maybe try out to record outside of Sweden. That would have been awesome, but for the first record it's good to do it here (Sweden). Plus the budget we had wasn't that much, so everything went pretty fast. The production is ok but you can always make it better. In mean it's a pretty cool sound with four guitars. I like the drum sound very much, and Carl's voice is great. On the next album I think the sound is going to be much different though.

What has Wicked World done for Insision that you guys weren't able to do in the past?

They got us a bunch of good contacts that a label should have with. ‘Zines, bands, booking agency's, and they gave us a budget that we can work with. I mean we have also very good contacts with ‘zines and bands so that thing we can work with ourselves, but it's the money thing. If you go on tour everything costs you, from food to fucking gas. We're not that rich so someone needs to back us up. All we want is to play this music and have a good time. But the guys on the label are fucking cool people. We have a good contact with them. We have just came back from a small tour in the U.K. that was awesome. We went up and checked out the label and it was just a great time we had there. We still are pretty unknown for many people but the audience who came to the gigs was great and we got good response from most of the crowd. I can't wait to get out on the road again! 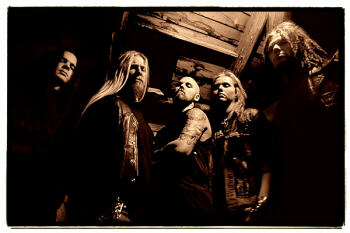 I know you're not the vocalist/lyricist, but what kinds of topics does Insision cover lyrically? Are the lyrics and important part of Insision?

Yep, the lyrics have been more and more important for us since Carl joined in the band around 1999-2000. His writing skills aren’t like any other vocalists for sure. Often when he writes his lyrics he's in some kind of mood swing, or having one idea of something like a story or something he has experienced and just building it on until he has accomplished what he wants with the song. Then, after his lyrics are finished we hopefully have the song ready so that we can make the lyrics fit in. Some minor changes always happen in the lyrics and the arrangements in the song to get the most out of everything. Here's a statement from Carl about his lyrics: "There are times when I can feel that I'm more receivable for things in life, call it demons or whatever. It's when I'm having these "times" that the lyrics come out the best. And yes, some are built as rites and evocations. Which is, if you take it all apart, really power words or tools for different purposes."

You (Roger) have influences that aren't limited to metal, but also go into jazz, correct? How does that play into Insision, and what else influences you?

You have got some inside information here! Well when I studied, I was just amazed by all the Jazz musicians and their skills so I just began to practice a bunch of Jazz and Blues stuff. Since I studied I have been into Jazz also. It's good to have like a different thing when you practice so that you don’t get bored with the one or the other. But, when I write Insision songs I try not to fill it in with Jazz. Just pure brutality.

What's the goal or purpose of Insision? I mean, are you guys just trying to have a good time, or is it important to you guys to make a statement in the scene by doing the best you can, or what?

We are serious in what we do. When we play we always take it easy before the shows. People pay money to see death metal, and not some fucked up drunken lame ass dick heads on stage. We're not planning anything, just trying to do good songs and do our best when we play. And of course that means we also have a good time with all the sicko’s out there. It’s awesome to meet kids after the shows who come up to you and say that they liked the gig. One thing I hope is that we'll hang on for a while and do some good death metal records.

One of your previous bands was Disfigured. Why didn't anything ever take off with those guys?

You now how it is when you're 15 or 16. When one or two of the members want to take it to another level, some of the other guys just have other plans, like being a bus driver or something. That was the thing with my band. They where great friends but they just didn't want to rehearse.

Do you tend to write most of the material or just throw in some ideas here and there?

I did write the material for "Beneath The Folds of Flesh" album except for 'My Fever', which both Toob and I wrote. Now we try to work more together though with all the arrangements and stuff so that everybody in the band will have some ideas on it. I think the new songs are going to be awesome. Three of them are finished. Mostly I have an idea of a guitar riff and then we all work from that now. It makes everyone in the band more apart of the songs. 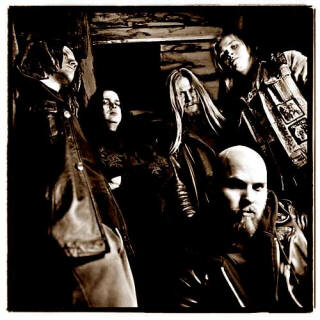 How has your other guitarist, Toob Brynedal, been doing in Insision?

He's a great guitarist and a good friend. Couldn't be more satisfied with the guy.

Do you plan on touring in North America anytime?

Would be a blast, but it's pretty much up to the label though. We try to push them as much as we can so let’s hope that we get over to you guys someday.

Why did you guys opt for spelling Insision with an "s" instead of a "c"?

It stands out from the ordinary spelling, and it looks better in the logo when we did it. Most of the venues we have played have not realized that we spell it with an "s." I hope they learn!

What albums have you been particularly impressed by from 2002? What are you looking forward to in 2003?

Don't now if I was that impressed by so much death metal records, though none have been bad either. I liked Malevolent's record "The Will To Kill" and a Finish band called Deepred is an awesome live act. Hate Eternal's album was pretty good too. That's about it. I hope to get out more in 2003, play and meet up with metal heads everywhere, and to just focus on doing new songs and work hard with Insision.

Have you guys started working on new material yet? If so, how does it sound, and what can we expect?

Yep. Three songs are ready to see the light in 2003 and it's very complex, fast, and heavy stuff. I also think our next album will be little longer. I don't now which studio we will choose though.

That about wraps up all of this. I thank you for your time Roger, and now would be the time to say anything you haven't had a chance to say yet.

Thanks for taking time with us Allan, and if anyone wants to get in touch with Insision visit, http://www.insision.com. Their you have all the contacts. I hope to visit every country we can in 2003 and meet up with all you chosen ones.