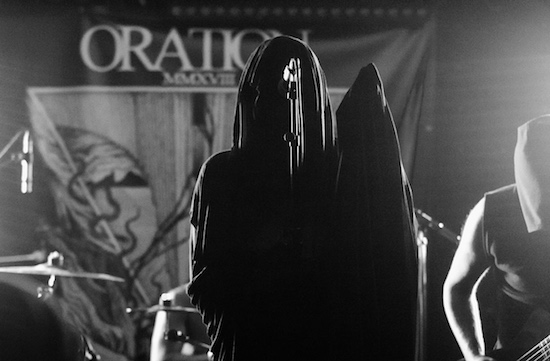 The fourth ABYSSAL album, entitled A Beacon In The Husk will be released on June 21st, 2019 by Profound Lore Records but today you can get a taste of dark ambient death with the new track 'II - Discernment: Khyphotic Suzerains'.

Band comments on new record: "This album is the culmination of the most arduous and painstaking creation thus far in the Abyssal discography, simultaneously combining the most eclectic composition with the most conceptually complete lyrical content. We are proud to have collaborated closely on the art direction with Ikonostasis: Artwork of Elijah Tamu, who managed to capture the essense of the ideas behind this release to an incredible degree."