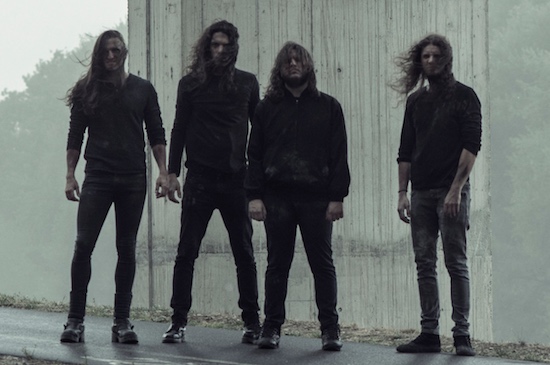 Serbian thrash metal band QUASARBORN has announced their new album entitled A Pill Hard to Swallow with a video for the song 'Atlas'. The release date is expected to be in the summer/autumn of 2019.

Luka Matković states: "A Pill Hard to Swallow" is a lot more versatile than our debut. There are still some pretty straight - forward thrashers, like the opener "Mamula", but I don't think anyone expected us to write songs like "Identity Catharsis", or "Clouds". Even though our roots still lie in thrash metal, it was a very natural progression for us to drop many genre boundaries and implement influenced ranging from brutal death metal to pop music. The lyrics are very personal, writing them was like therapy for me, and while there's no clear concept, or story like on "The Odyssey to Room 101", there's a very unique sentiment to them which makes this album a whole. As for "Atlas", it is one of the more classic metal/rock songs on the album. It deals with a person who always felt alone growing up, surrounded by enemies, and was generally unable to connect with most people. At one point he realises that everyone's just as lost as him in the game of life, and all conflict and misery is mostly just a concequence of misunderstanding, so he decides to drop the grudges and forgive humankind and is released from this heavy burden."