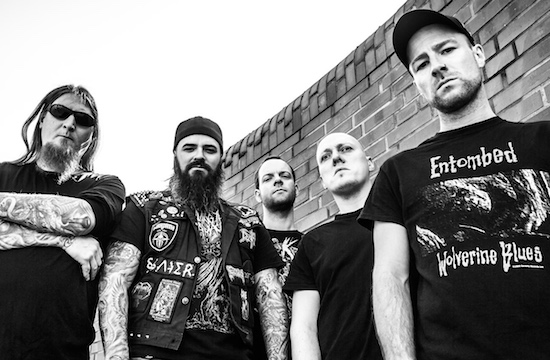 Germany's death metal band ENDSEEKER have announced September 13th, 2019 as the release date for their second full-length album via Metal Blade Records, The Harvest. You can watch a video for the first single 'Spiritual Euphoria' below.

The band comments: "The new album provides a lot of diversity and surprises. The vocals are varied and the melodies are catchy, but it's still far away from mainstream. You can hear the influential heritage but we hopefully also added some new and relevant flavor to it."