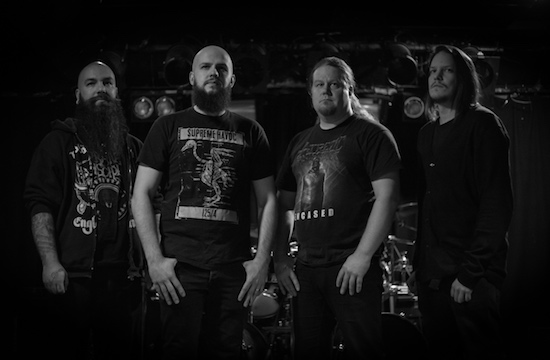 Vocalist/guitarist Sami Risku comments: "Weight of Oblivion is the title track of our album which was released last fall and we wanted to film a traditional dark playing video for it. The video is shot, edited and directed by Jaakko Karppinen while Elina Varala operated as an assistant shooter. Music video was shot in Kino Ritz at Vaasa. The band is also starting to prepare new material for the upcoming new album."