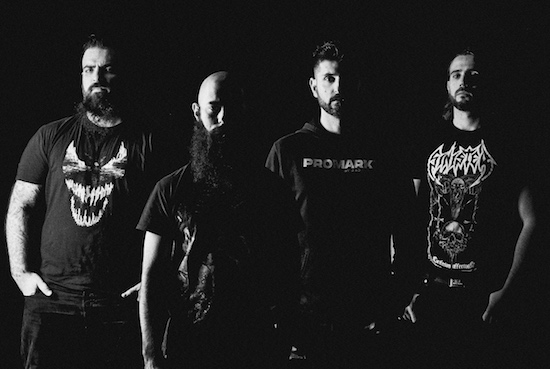 Italian death metallers HOUR OF PENANCE, reveal the first single 'Flames Of Merciless Gods', from their upcoming studio album Misotheism, due out on October 25th, 2019 via Agonia Records. The song is available in the form of a lyric video created by Stefano Mastronicola, below.

The band commented on the new single: "'Flames of Merciless Gods' is a song about a new empire built on the illuministic values of reason and equality, who wages war against the wealthy ones hidden in their ivory towers, worshipping their only god: Money. They are the 'bastard race', because they have no fatherland and no motherland: their loyalty stands to no one but themselves. Their way of life is a blasphemy to everyone who is exploited by the inequalities created by their greed and is starving because of that. They are so afraid to atone for their crimes that they choose to commit mass suicide rather than face justice".