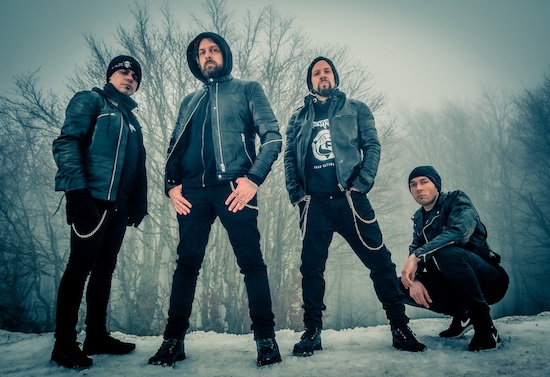 "This track is about Soviet gulags, something I've been fascinated by reading books about labour camps in the Soviet Union. Francesco wrote the music and chose this lyrics, which fits perfectly with the atmosphere of the song. In the video you can see a prisoner trying to escape from the labor camp, but the prison he gets himself into is the boundless frozen land of Siberia." says guitarist Matteo Bellezza.