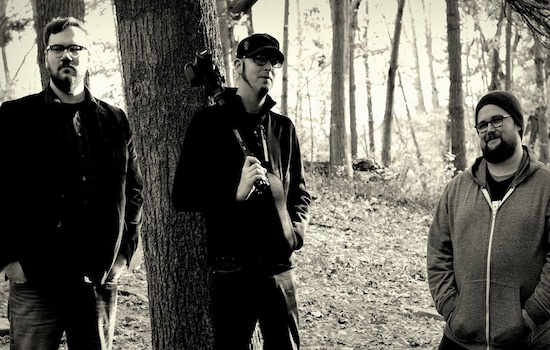 The summer of 1984 was a pretty memorable one here in Illinois as I recall. I was 12, immersed in living it up for the two month reprieve from scholastic servitude we all experienced, and diving headlong into the wondrous world of heavy metal music. For those of us lucky enough to have lived through the rise and creation of the genre, it was no more alive than that seemingly perfect summer some 35-years ago, a virtual lifetime ago.

Some 800 miles east, in the picturesque little town of Northport, New York, other things were brewing in that hot summer. Heavy metal, drugs, small-town boredom, alienation, and an underlying smattering of "satanic worship" were making headlines across the globe, giving birth to the now-famous "Satanic Panic" of the 80's. This is where both the media and parents began a terror campaign, or veritable witch-hunt as it were, against heavy metal music, lending mock credence and hollow point ammunition to the ridiculously one-sided PMRC (Parent Music Resource Center) in a vain attempt to lull and sway the masses away from what they deemed offensive and dangerous music. It was a couple of years of hell if you were a music fan (metal in particular) feeling that you had to constantly defend your music and prove to invisible gods and prickly authoritarian judges that you weren't out dosing in parking lots, killing animals for ceremonial hierarchy, or plotting to burn down cathedrals in the name of ol' Captain Howdy. 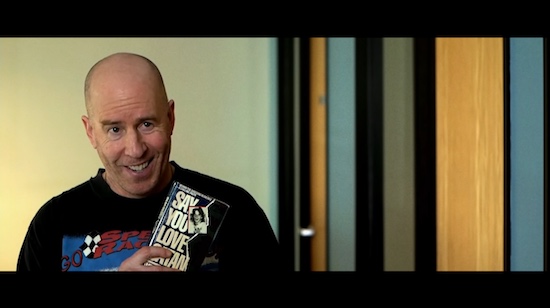 Much of this strife could, in some credible point, be attributed to Richard "Ricky" Kasso, the self-proclaimed "Acid King" of Northport, whose sole message was to advocate for Satan and get as high as he could to escape an otherwise mundane and lonely existence. His arrest for murder in July of 1984 was a sadistic highlight in the media for a few weeks; I remember Ricky Kasso's disheveled, wild-eyed photo being plastered all over the news, in the papers and on local and national news outlets, mostly filled with misinformation, innuendo, rumors and outright agenda-laden lies. As an impressionable kid I was, of course, intrigued as to who this guy with the AC/DC shirt was that was being dragged around in handcuffs, paraded in front of a bevy of news cameras, all vying for one more photo op to further their  campaign. It was less about the young 17-year-old who had just committed a ghastly murder of his one-time friend and more about the quick resolution to what was, supposedly, and open-and-shut case of a druggie killing his friend. He was Public Enemy No. 1, the adopted poster-boy for drug abuse and satanic heavy metal - he was just born bad, evil, sadistic, a virtual time bomb of malevolence waiting to detonate over a summer's respite. At least that's what the media reported. . . .

Richard Kasso's story has been "told" a half-dozen times over the last 35-years to both credible and criminal poles of integrity and truth, but nothing came close to actual truth or to uncovering the whole story about what transpired that summer. Jesse P. Pollack (author of the must-read novel The Acid King), along with co-director Dan Jones, has painstakingly crafted a new documentary, also called The Acid King,about the story of Ricky Kasso and just what happened in the woods one evening so long ago. (I would strongly suggest to everyone who hasn't that you find and read Mr. Pollack's brilliant book. After contacting him and becoming friendly on social media, I found him to be a man of principle and intelligent deductive reasoning, and his book confirms all of this without reservation.)

I asked Mr. Pollack what made him think about telling the Ricky Kasso story:

I first heard about the Kasso story while doing research for my first book, DEATH ON THE DEVIL'S TEETH, which also covered an old Satanic Panic case. The more and more I read about it, I felt that the story needed to be told to a modern audience. It's one of these things you read where you say to yourself, "There's no fucking way this story can be true - teenage graverobbers committing murder in the name of Satan while listening to Ozzy Osbourne? No way..." As I started talking to more and more people from Northport, Long Island, where the murder happened, it became more and more obvious that the press had really butchered this story, much to the detriment of the friends and family who survived this ordeal. It became something of a mission to start from scratch, interview everyone who was willing to talk to me, and re-tell the true events without a sensationalist lens. I wanted to give these people their story back, basically. 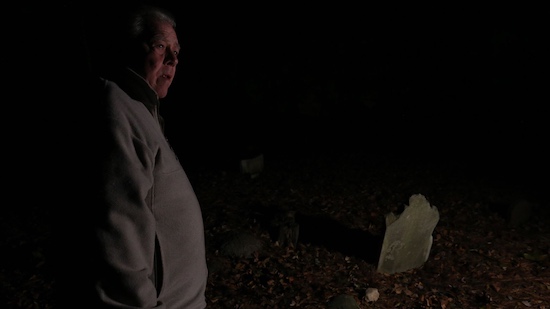 Anyone familiar with this story knows all too well the tragic events of June 19, 1984 where, in a wooded party area called Aztakea Woods, Ricky and two friends, Jimmy Troiano and Albert Quinones, lured one Gary Lauwers into a brush and murdered him while all four were high on mescaline. For those that don't know the story, it's one of those tales that will whet the palate and shock the system with its sheer brutality and seemingly innocuous setting of a suburban haven for the uppity refugees fleeing the "crime and degradation" of the big cities. Mr. Pollack did not set out to paint Ricky Kasso as a sort of babe-in-the-woods cherub that was simply misunderstood, as that would be counter-productive and, ostensibly, dishonest; he did, however, do some serious digging into a case most people of Northport have been stigmatized over for the last 35-years. Most would, understandably, want it all to just disappear already, especially after being misquoted, misrepresented and even glossed over in most of the pieces done about the case and kids involved. One writer named David Breskin from Rolling Stone managed to gain some of the local kids' trust and got a very informative and credible article published in the mag for its Novermber 22, 1984 issue, but no one since has bothered to get an accurate reading of the kids on the periphery or the main players until Jesse Pollack started poking around again and got into the core of this twisted and ultimately sadder tale.

The Acid King documentaryis an absolute necessity to find out the detailed story of Ricky Kasso and exactly what made him seek out such destructive and fatal paths, as well as the people involved along the way that helped pave the roads he was tragically traveling. Mr. Pollack managed to painstakingly find people directly involved with Ricky by way of old friends, acquaintances, officials involved in the case, and musicians who have been touched in some way by this 17-year-old throwaway wandering the streets and finding shelter and acceptance in any dark corner he could find.  The Acid King documentary showcases two sides to Ricky, both lending credibility and stark resolution to this character sadly frozen in time as a ritualistic savage only born to self-destruct and kill. What  I took away from this two-hour-plus effort is a glance into the world of a seemingly normal kid systematically browbeaten into mental, emotional, and often physical submission by an all-encompassing father bent on shaping his son into his self-crafted, thickly-inked caricature. Now, again, this film is not crafted to paint a "Poor Me" sign on Ricky Kasso by any means; what it does do, and rather effectively, is showcase and explain the events of his life that inexplicably led him to the point where drugs and attention-seeking dabbling in dark elements gave him comfort and a sense of belonging. While some people tried to help Ricky gain footing and right his path, those closest to him seemed to offer only conditional help and half-assed concern steeped more in obligation than actual compassion. When he proved to be more of a challenge than expected, those closest to him gave up on him, throwing him out into the wild and forcing him to seek refuge within more destructive distractions. A lot of the people that knew him and his crew are interviewed in the film, and the insight from many of the anecdotes and stories is both welcome and important. 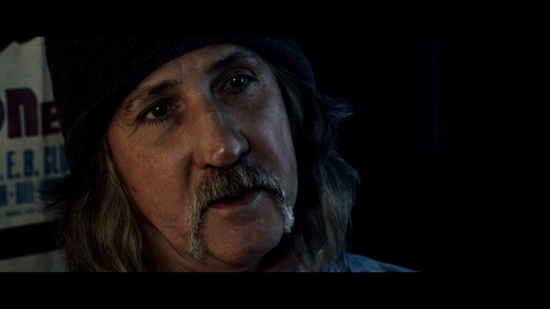 What I really enjoyed about the film is how Mr. Pollack and his crew managed to make the flow of the piece so easy and concise. The interviews are laid-back and offered with both casual reiteration and attentive detail. When I watched it I never got the feeling I was being sardonically regaled with some superfluous fluff piece designed to further a long-standing agenda, which was refreshing and complimentary. Too many documentaries try hard to inform while letting you know just how uninformed you are, but The Acid King doesn't assume you're either informed or uninformed in that it presents the story with carefully-researched facts and supplements them with the aforementioned anecdotes and first-hand accounts from people that knew Kasso, Troiano and Quinones intimately. It's the best kind of documentary film one can hope for, and that's what makes Jesse Pollack's efforts all the more important and, ultimately, long resonating. He bothered to find the hidden truths, ugly and criminally ignored, and present them here for the viewer to make up his or her own mind without benefit of base half-truths and sensationalist rhetoric passed off as fact.

Another cool part of the film is the interviews with the Ohio sludge band Fistula and Lori S. from local doomsters Acid King, who offer some of their own personal insights into the story as well as their personal sentiments about metal and the stigma associated with it in one instance or another. It was refreshing to get some musicians in the fold that offered up the music side of the equation with valid and illuminating honesty. It was equally very nice of them to allow both their time and music to be associated with The Acid King film. After all, what is a film concerning metal music without the actual music? 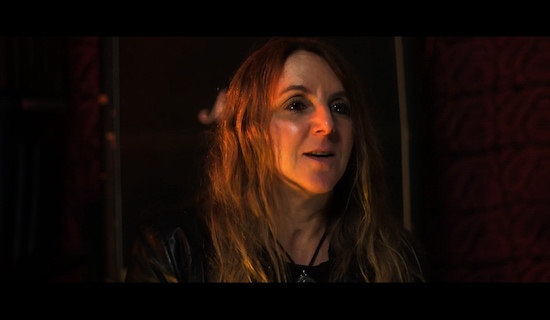 In conversation, Jesse Pollack told me what he took away from taking on this decade's-old story, and what it really uncovered among the ruins:

What I learned throughout the experience of writing the book and making the documentary was shocking and saddening, to be completely honest. I went into it thinking I was going to write this terrifying story about some psychotic shithead kid who killed his friend over drugs for the hell of it, but ended up discovering a tale of horrific child abuse and how society - particularly in the suburbs - allows these tragedies to happen. Not that it excuses what Ricky Kasso did to Gary Lauwers in the least - my sympathy for him ends the moment he decided to lure Gary into the woods - but I think it really shows how these events germinate, and you can't blame it all on drugs and heavy metal.

The Acid King manages to reopen some wounds, but without attempting to muddy the water or further attempt to pull blood from a stone. Rather, the film seeks to somehow cauterize the area and offer some solace and hopeful resolution for a kid and the townsfolk that time has made into a disheveled loser and his happenstance underlings for far too long. Maybe most people fear looking sympathetic to Ricky Kasso, somehow validating or excusing what he and his cohorts did, but Jesse Pollack's mission wasn't so pedestrian. Mr. Pollack set out to present facts and figures to the layman who might only be associated with the case on a borrowed periphery. He did just that, and very well I might add.

An absolute must-see! It is the definitive film on Richard Kasso.