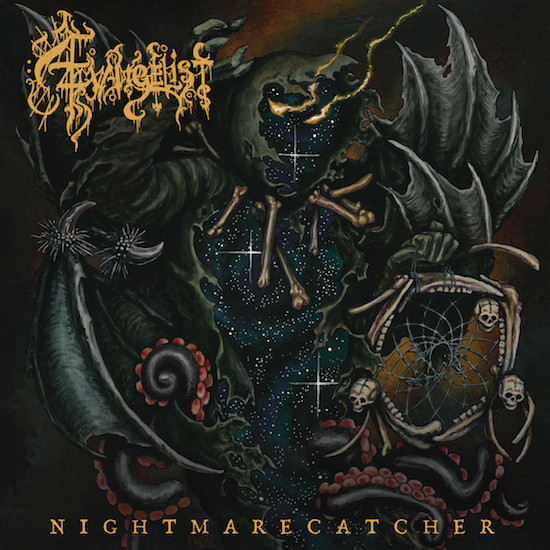 With the release date just few days away, MetalBite is proud to premiere an official full album stream for spellbinding new record, "Nightmarecatcher" from Finland's hideous duo, ÆVANGELIST, out via Hells Headbangers on February 28th, 2020.

Split in 3, are images unrecognizable to traditionalism or any form of orthodoxy. Yet still true to the philosophical prospect of darkness within this form of expression, the segmented scatter comes together in forming a spectral piece both hideous and glamorous. Like Reverorum Ib Malacht or Dodfodd and Havohej minus the kick of fury collaboratively invoked but one gasp of the source of dreams then confiscated such to use as an aphrodisiac during incantations, Ævangelist's "Nightmarecatcher" ceases from this force a particle of its silhouette to be used as the fuel behind the dreamy disturbia. 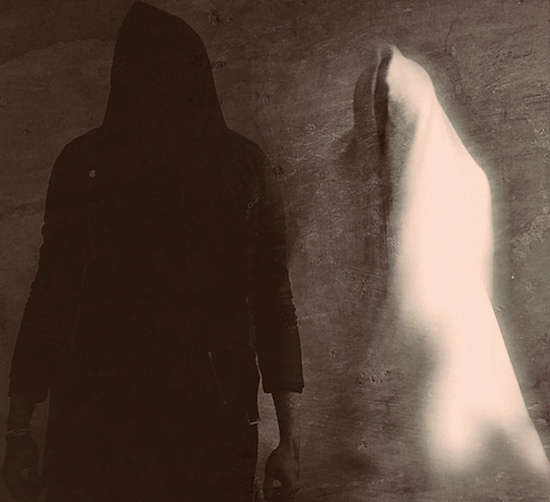 A tongue indignant to an act such as this is utilized to admit the follower to the celestial breach. In devout obscurity and opposition to norm, the push towards the ultimatum intensifies but not as you would assume or expect, it is not the thumping snare that mans the operation, rather the ambiance constantly expanding and contracting with an urgency never diminishing. Feel the palpating rhythms immediate the trance introduced from 'I: The Origin and End of All: Pain of the Fallen' then marinates in groove-like bliss, onward to the frightening 'II: Ceremony of Decomposition of Bodies'. Then to sustain and redistribute the essence, the very concentrate of Ævangelist on the final vision 'III: In the Vomb of the Chaos, Source of Life Energy' sees the pillars of the band's new era strengthen its complex arithmetic in atmosphere and intensity, all the while building in preparation for the next step.

Full review of the Ævangelist's new album, "Nightmarecatcher" can be found here.