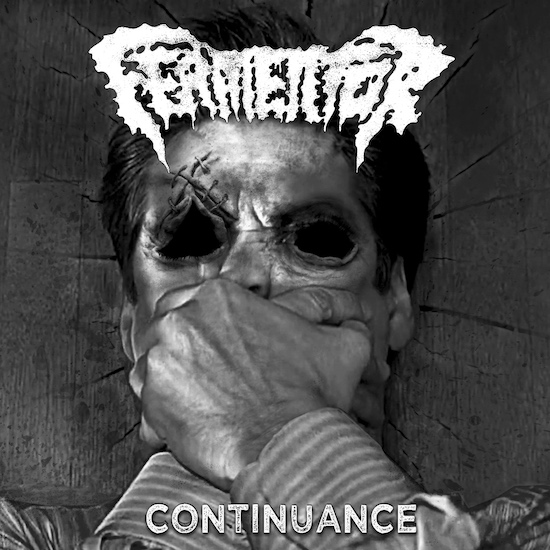 Sometimes in metal, after you've gotten tired of the cookie-monster flooding your ear canals with all sorts of deep guttural growls, you just want to kick back and listen to some instrumental music, in this case, technical death metal. Sometimes doing this gives the listener a different perspective of the music to be heard on any given album within the genre. It allows you to really appreciate what it is the drummer and guitarist do that keep you head-banging. Plus you get a glimpse of just how difficult or tricky some sections are to perform and you're able to pick up on certain things you may have missed when big-mouth over there could not seem to keep it shut for a few seconds. 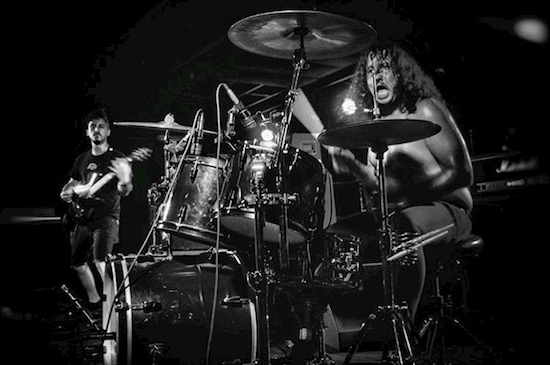 The instrumental work we get to dissect is coming from a duo under the band name FERMENTOR. They play technical/progressive death metal (and include some surprises) on their debut album Continuance. Usually I'd pass this up with barely a glance; however, since the black and death metal snarls, growls and shrieks have been a tiring thing as of late, I used this as an opportunity to refresh. I'm quite pleased I did accept this promo because what FERMENTOR are able to achieve is praise worthy.

You're given ten tracks of technical tranquility on Continuance, with each doing something interesting all the while different. Opening track 'The Stench' is quite a mixed-pot from the get-go; merging black metal, progressive metal and the obvious death metal offences to make a statement early on that your time will be well-spent. There are moments you could predict what comes next along with times in which they completely turn off the lights before flicking the switch back on to introduce us to some proggy eerieness. More surprises await as you veer off into tracks like 'Thunderboss' (that actually sounds thunderous via the meaty blast beats aided by thick riffs) and 'Mechanism'. These tracks are chock full of twists and turns plus they sound the part rather than appearing to be thrown in just for the sake of tech death metal. Melodic instances, spontaneous chugchords and some Swedish death metal tones are added to the technical affair.