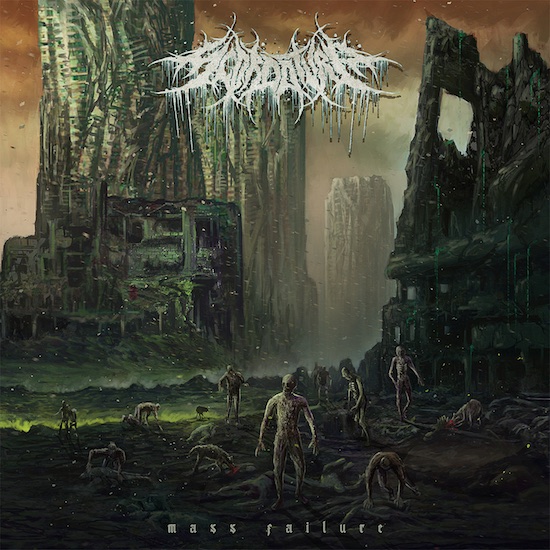 SCORDATURA present their third full length album "Mass Failure". Prepare yourselves for unadulterated carnage and the insatiable eruption of violence. Nine songs of frantic, deranged death metal, seething with rage, like an inexorable river of molten lava consuming all in its path and turning flesh to ash with a touch. The precision riffs deftly dissect while the drums are a wild barrage of brutality beneath and the inhuman vocals vomit out tales of destruction and proclamations of the end.

Combining old school muscle and song craft with an intensity of execution to rival the heaviest of today's exponents of ultra brutality. On September 25th Gore House Productions will unleash the killing machine that is "Mass Failure" and SCORDATURA will commence their assault on the upper echelons of the death metal hierarchy. 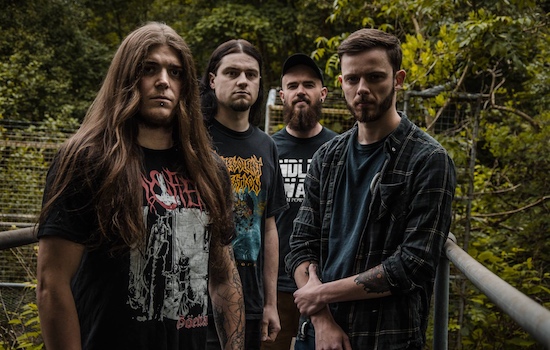 To start our conversation on a positive note I'd like to say that your album kicks major ass!!!, how's everything going?

Thanks very much! We've put a lot of effort into this one and it's great seeing people really enjoy it so far! Yeah! everything is going as good as it could be over here, considering the circumstances.

Summer is almost done but the heat index around the world is still beating all kinds of records, how was summer over there, is Scotland hot this time of the year?

To be honest summer was pretty warm for a Scottish summer, not that we could do much though haha!

Let's move on to the music. Let me ask you this, do you think that you're going to surprise people with the new material?

I hope so, we haven't gone crazy and tried to reinvent our sound, just worked and crafted more into our sound with a couple of different elements!

We love how the artwork turned out, I think it's something a little different to the norm and as far as the sound of the album goes, I don't think we've put as much effort into an album the way we have this time and we are more than happy with the results!

What did you set out to achieve and could you describe the experience crafting the record?

We wanted an intense, fast and groovy album and I think we've done a pretty good job of that! We used the best elements from out last album "Self-Created Abyss" and made that our foundations and everyone pitched in their best ideas once we had a rough direction

Thanks very much, we appreciate it. This is the first album that everyone has worked this close together on achieving the goal. I really think that made the writing process a lot easier, especially when we all had rough ideas for each other's instruments. Most definitely something we are going to keep doing from now on.

I think the best part about the album was we got a great blend of intensity, brutality and groove part down pretty well! The worst part was probably tracking track 6 'The Flesh That Hates'. I'm sure that track could break even some of the most experienced players haha

It's a tough one but probably the opening track 'Disease Of Mind', straight to the point, there is no bullshit with that track.

Do you play to build or to destroy? Thanks a lot for taking time to answer all the questions, the last word is yours.

We always play to destroy! Thanks for the interview and we hope you all enjoy "Mass Failure". It will be released on the 25th of September via Gore House Productions!