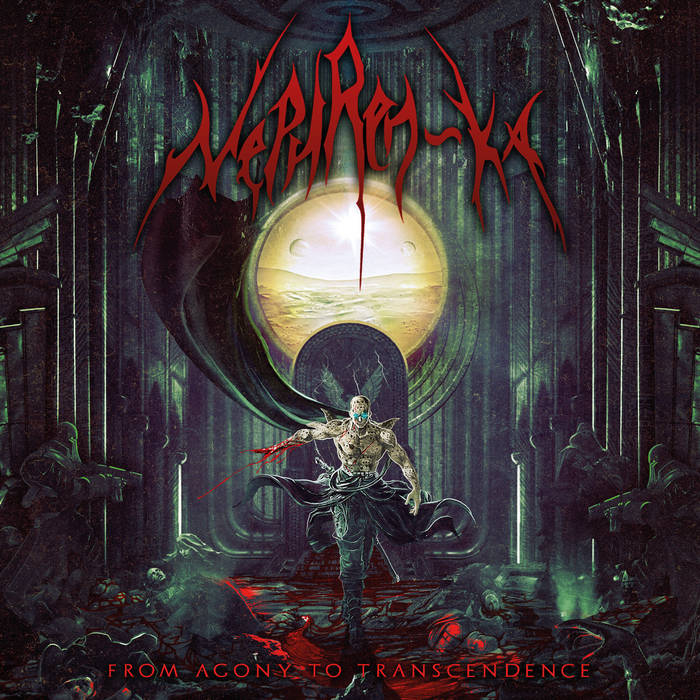 The metal that comes out of France tends to have a discordant, subversive sense of artistry to it, whether you're talking about the early raw black metal of Mutiilation or Peste Noire, the maniacal fury of Benighted - and of course, the ordered chaos that is Deathspell Omega. Whatever it is, I tend to let my guard down when I'm checking out a French extreme metal band because I rarely have to try to be intrigued by what's going on.

That being said, not everyone should aim for a Ved Buens Ende-styled approach in terms of sophistication and pretension - we're listening to death metal, for fuck's sake! I wanna bang my head! The best bands, particularly those from this specific region of the world, are able to inject their nuanced approach into delivering the raw, savage emotions we've come to love from this style of music. Best of both worlds, y'know?

That long preamble is basically to explain why you need to keep new albums from Dolorem Records on your radar. Founded in 2013 by Tours, France-based extremophile Alex Dolorem, the label focuses on regionally-based brutal, blasty death metal to highlight an underrated scene, with the most noteworthy proponents being Kronos and the aforementioned Benighted. The label doesn't offer much in the way of fancy atmospheric frills and window dressing, Dolorem is very meat-and-potatoes, with bands on their roster valuing consistency and adherence of the Power of the Riff over creating something mesmerizingly unique. Sometimes that's the only thing you crave, after all.

Hot off the heels of putting out Creeping Fear's new album (which is also sick, and I wrote about already for MetalBite), Dolorem is keeping the gears churning with From Agony to Transcendence, the third album from NEPHREN-KA, who subtly augment the typical approach to brutal death metal and create something that's akin to Nile if you removed most of the Middle Eastern scales and ancient Egypt vibes. The acrobatic churning that comprises the meat of Nile's speedier verses is one of the main features NEPHREN-KA uses to accent their rage. Thibaud Pialoux, the only drummer in the band since 2007, has an approach that brings to mind George Kollias with a few extra gravity blasts as well.

Their band name being used in the title of Nile's debut might be causing me to make an unconscious connection between the two, but regardless of any sonic similarities you may or may not hear, both Nile and NEPHREN-KA operate within a very specific space of death metal that is often quite effective, but seldom explored in detail. It's thick, heavy and modern, but draws from the earliest possible version of "modern" there is - late 90s early 2000s death metal, when "technical" and "brutal" death metal were coalescing into real subgenres and bands like Origin, Hate Eternal, Internal Suffering and Deeds of Flesh were still distilling the raw ingredients into a proper soup. It's hard to draw a straight line between this and early Morbid Angel - it's a lot easier to follow the breadcrumbs when the trail leads through something like Dying Fetus. 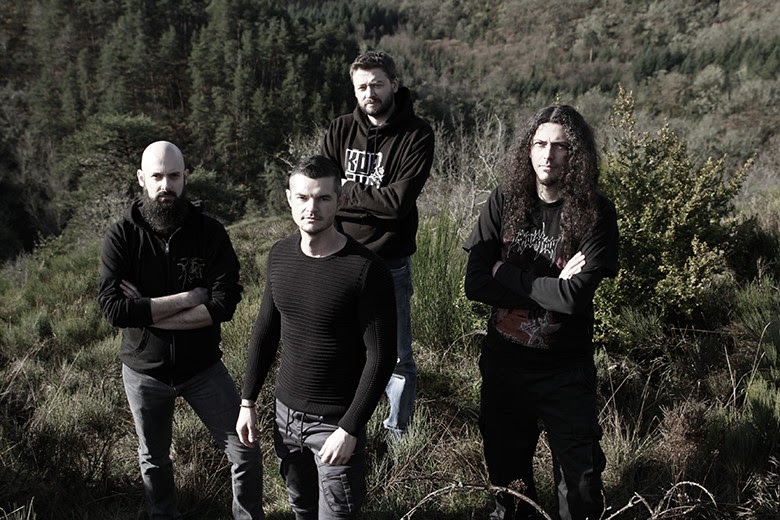 Today we're premiering the third advance track off From Agony To Transcendence, 'Abu Dhur Le Pere Des Routes Indefinies Du Temps' which is the second to last track off the album itself. The song highlights NEPHREN-KA's strengths in keeping a consistent, claustrophobic tension to accompany their leading, snaking riffs that give no respite or consonance. The song incorporates technical sweeps that lose their consonance amidst their speed with their churning, quasi-Nile influence forming the base of the paced grooves that ground the occasional flurry of high-register notes.

Right when you think the band is going to give you a break and play with some atmosphere, they burst into a scorching, climactic release that clears the way for a frenzied solo. The vocals are loud and piercing with a bit of Julien Truchan in the squeals - man, what is it with the French and those blood-curdling pig squeals? Not that I'm complaining or anything… even for someone who listens to this kind of music all the time, these vocals are abrasive, and in a good way. They add just the right dollop of insanity to something that was already struggling to hold itself together to begin with - which I mean in the best way possible.