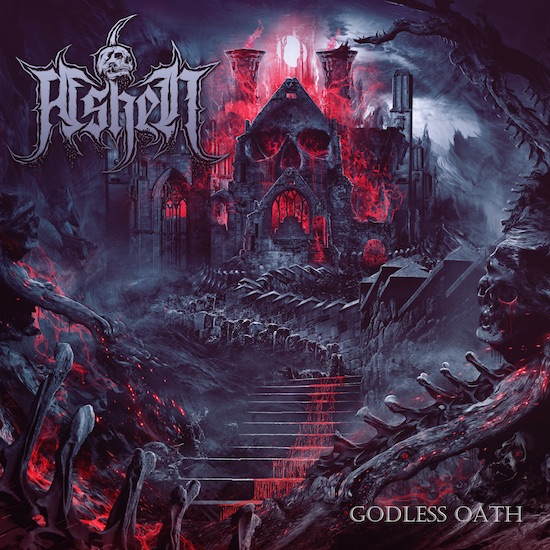 Band's OSDM sound steeped in catchy melodies and high-octane aggression is delivered in a bombastic and elegant way forming groovy headbanging wall of noise deeply rooted in 90s era. It's not all 'old guys death metal' - as the band calls it - check out 'Asphyxiant' (once full record comes out) for creative elements you wouldn't typically hear in this genre. ASHEN is already half way through the writing process of the full-length album and I can't wait for a fresh dose of pavement-cracking, cranium crushing death metal.

The stunning cover artwork for Godless Oath was handled by the well-known artist Giannis Nakos (who has produced work for Suffocation, The Crown to name a few). 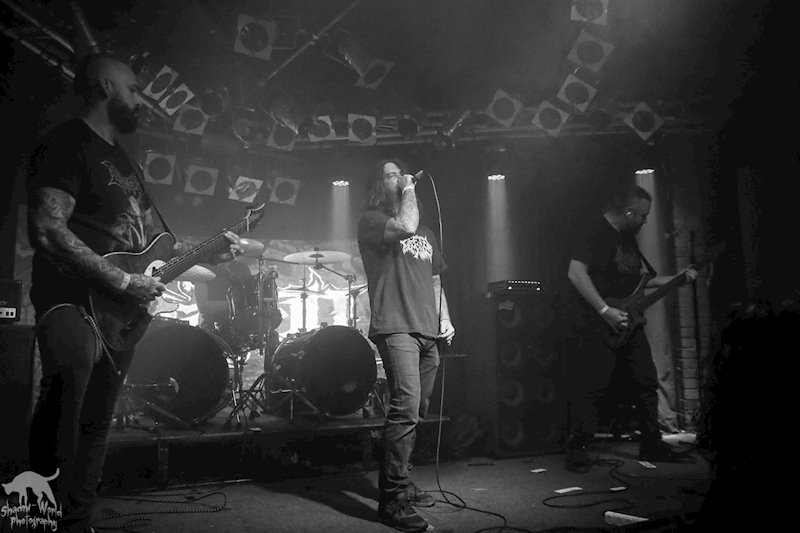