In their endless quest to push and support current underground acts that perpetuate the odor of vintage death metal, on July 26th, Memento Mori - in conspiracy with Unholy Prophecies and Godz ov War Productions - is proud to present HEXORCIST's striking debut album, Evil Reaping Death. Memento Mori will release the CD version, Unholy Prophecies the vinyl version, and Godz ov War the cassette version; the CD and tape version will see release on July 26th, while the vinyl version will follow a bit later.

With the excellent 'Unrighteous Ceremony', HEXORCIST raise the anticipation surrounding their forthcoming debut album to fever pitch, heralding the coming of a significant new force in the ever-fertile US death metal landscape. Eschewing the cavernous production and churning dissonance of many of their peers, HEXORCIST instead offer a welcome reconfiguration of the earliest sounds of nascent death metal, when the genre was being shaped by bands intent on taking the speed and aggression of thrash and even first wave black metal into even more extreme and horrifying places. 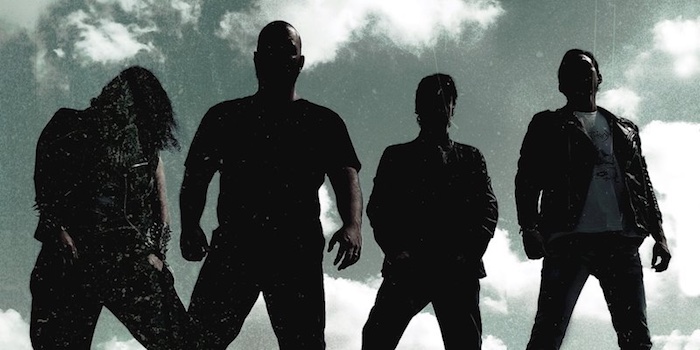 HEXORCIST's crisp, but chaotic riffing style, together with a satisfyingly organic production, suggests a contemporary take on early Morbid Angel and Possessed, with sinister harmonies adding an esoteric dimension that elevates them above the realms of mere imitators, and positions them as expertly paying tribute to the masters, at the same time as forging their own distinct path.