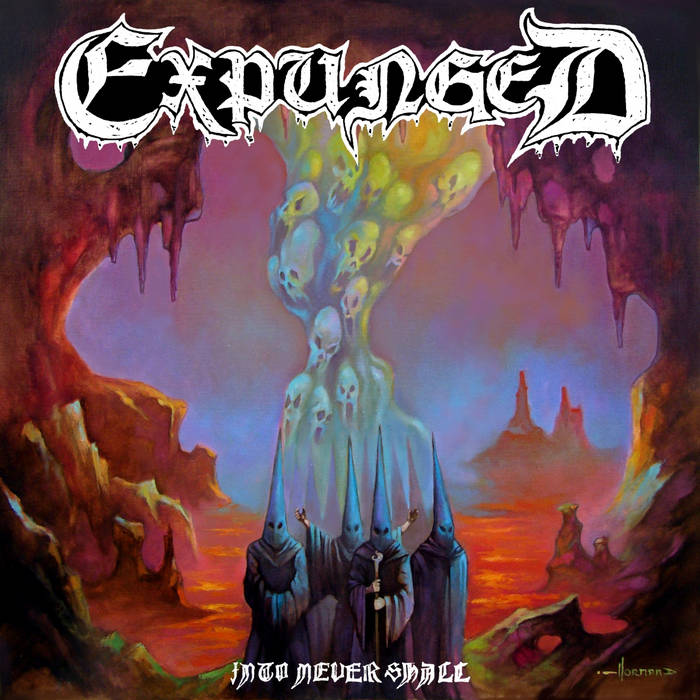 Following the slow eerie decomposition of your body following the intro EXPUNGED beat the life into your inanimate shell with death/thrash metal from the boiling pot of the mid 90. That to me spells out hell of a good time. Lots of riffs, rugged and raw vocals and some melody to thicken the dynamic texture of their latest attack Into Never Shall. Take some of the things you love about old school thrash/death, speed metal and Swedish death metal and toss them into a blender; hence, what you get is a jubilant death metal crossfire.

It's hard to ignore metal this good especially when you realize how bad mainstream metal and how much you miss the honesty and candidness of the 80s and 90s. Being their first full length album, EXPUNGED have done themselves well here to bring something memorable and prized. Having erupted from Canada that has always had a sharp eye for metal, EXPUNGED ensure that they keep in line with the Canadian tradition of quality noise that's evident on 'Gas Attack', 'Torn Apart' and 'Architects of Oblivion'. These songs help the album's mobility but more-so, provides the listener with an adequate assortment of riffs, chords and melodies poised to have you rocking till you get a neck spasm. 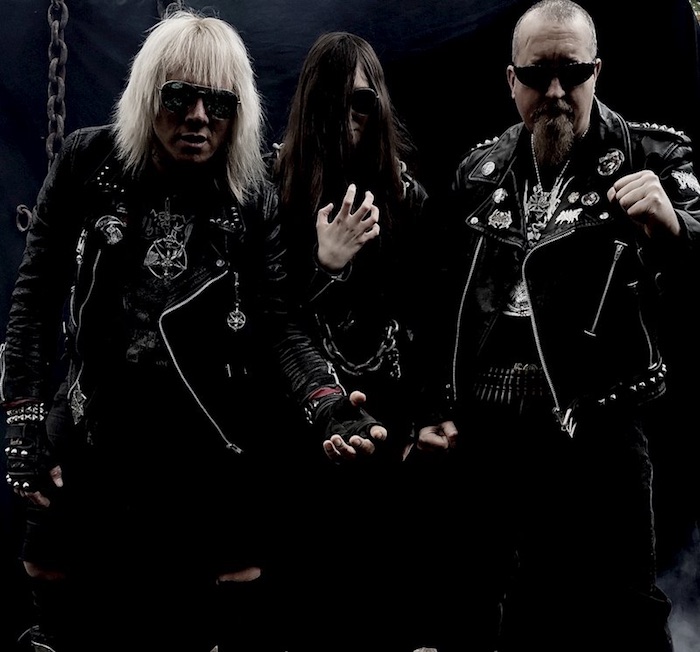 There's quite a bit of a sonic exchange occurring in all songs on Into Never Shall; black metal tremolo picking could be heard on eg 'Amidst the Embers' which aligned well with the speeding frenzy of the drumming fro the most part but still has enough going on maintain an overall death metal tag, thus shining a light on the proficiency of EXPUNGED compositions. Musically the band fairs well to meld multiple genres without over saturating the initial genre intent of Into Never Shall. The title track is a good example of this whereby you'd be able to detect the under lying currents of Swedish death metal melodicism conspiring with black metal tremolo riffs and traditional death metal aesthetics. Doubled with the production that comes across as being organic with a few touches of polish around the edges, tracks such as 'Mass Grave' and aforementioned 'Architects of Oblivion' benefit especially in their transitioning sections to more rhythmic mid paced or doom metal sections in turn giving the album a well rounded and organized feel.

With the ogre-esque grunts of front-man J.S combined with the electrifying riffing of W.D and the drumming of session musician rightfully initialed A.K, you will never want to return from Into Never Shall once you're there.

EXPUNGED's highly anticipated debut album, Into Never Shall, will be released by Hells Headbangers on July 30th 2021 on CD and vinyl LP formats.