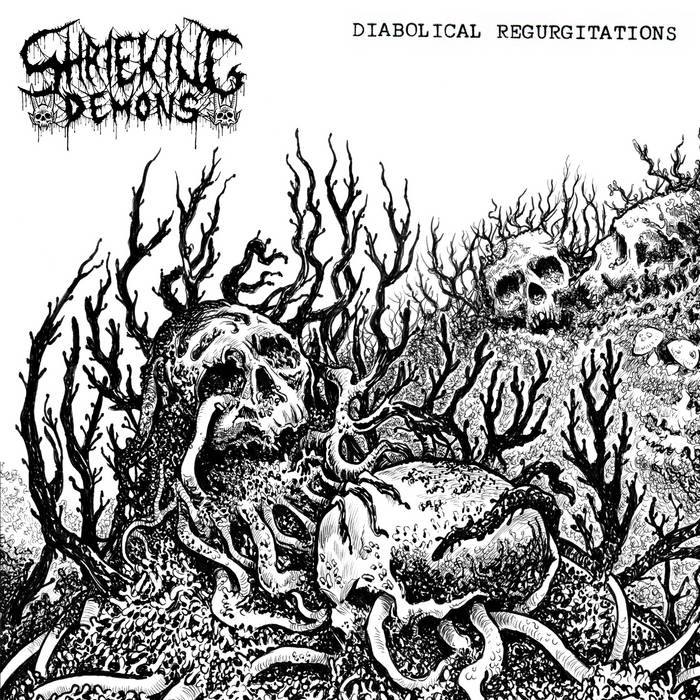 Death metal is like iced cream or heck, anything edible that tastes super good, regardless of how many times you've had it, you will always keep coming back for more cause you just can't get enough. We have heard the tunes before, we know how it is supposed to sound, we've heard the Autopsies, Cenotaphs, Blasphereions, Gorements and still, to this day, the hopeless Suffocation wannabes; nevertheless, play us any new band's music that strikes up the same feeling and we'll be picking at it like vultures do rotting flesh. Some bands do a real shit job at it, (like tasking the butcher to bake your favorite cake), while other bands sound like they invented the fucking thing; SHRIEKING DEMONS lean towards the latter. 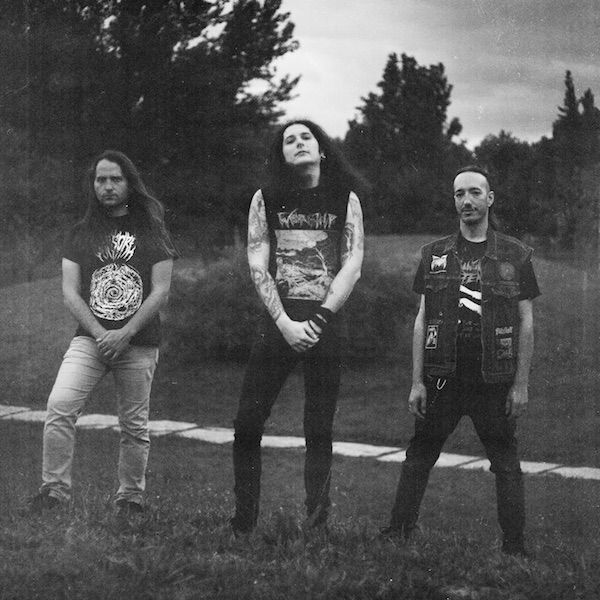 SHRIEKING DEMONS being a collective of death metal practitioners sprawling many bands obscure to the ear, have put their hands to materialize a nasty EP titled Diabolical Regurgitations set to be released through Caligari Records. Long story short, this EP has the stench of yesteryear's rot. Undoubtedly old school, Diabolical Regurgitations spews the filth of the 90s without apologies and with an emphasis on bulls-eyes precision. From the production down to the surgical movements, rhythmic developments and transformations, SHRIEKING DEMONS are playing sour serenades to an era of death metal that we all wish never left.

'Water Drop Torture', 'Unspeakable Rites', 'Whispering Corridors', 'Hidden Cathedral of Diseases', they sure do sound like death metal song titles and man is it made abundantly clear when the music hit, that this band is here to leave a stain in the underground that won't be forgotten. Riffs overflowing like a clogged toilet, vocals that smear the slush without shame and drumming that seems to find enjoyment splashing around in the mess-age, dirt in abundance.

Stick your index finger down your throat and hold it for as long as possible and I bet Diabolic Regurgitations would come shooting from your mouth.