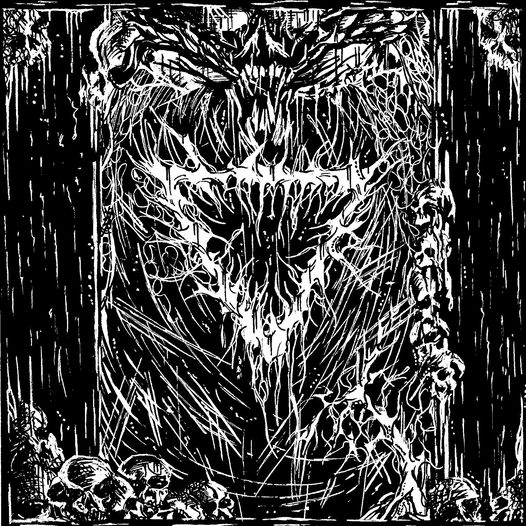 The roots of CHTHONIC CULT lay in both Berlin and Wroclaw, but those are merely earthly bindings, for the all-enveloping soundworld of the band's debut album, I Am The Scourge Of Eternity, resolutely laid in the beyond. Released in 2015 by Iron Bonehead, CHTHONIC CULT's first public work comprised four monolithic tracks in a soul-draining 47 minutes. An orgiastic feast for the ears as well as eyes, drawing together bulldozing black metal, bestial death metal, and smokestacked doom metal into a hypnotizing whole, I Am The Scourge Of Eternity was celebrated across the underground, all before CHTHONIC CULT seemingly returned to the grave.

But alas, "seemingly," for they arrive seven years later into a worse world with Become Seekers For Death. Aptly titled, Become Seekers For Death is the sound of CHTHONIC CULT diving deep into the realm of sheer and total death metal, torching its parameters, and rearranging the ashes into their own twisted design. Indeed, the band's ways and means here are fiercely focused and fine-tuned into the spectrum of crushing-yet-classy Metal of Death: power and professionalism are the watchwords here, and yet for however more "approachable" CHTHONIC CULT may appear to be, the resultant conflagration is actually more potent, and startlingly so. 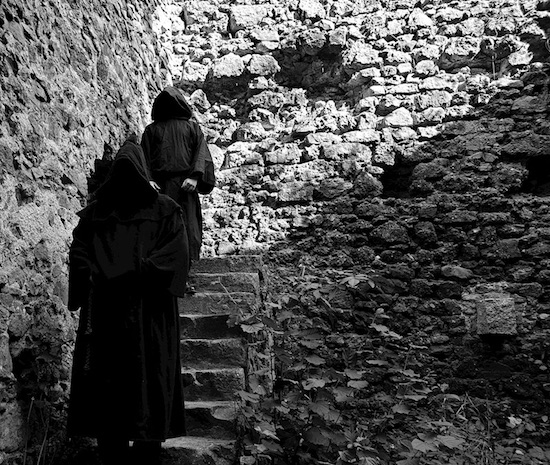 As such, the 40-minute album is judiciously sliced into eight track-sized chunks, making their attack more compact and concise. Still, within their blackened death bestiality-unto-bulldozing reveals a similarly vortextural maw like its towering predecessor - but, by comparison, perhaps Become Seekers For Death is the rotten, rippling soil beneath that tower. Less "head music," then, as full-body music...and that body is summarily crushed.

To help you spawn more nightmarish images, today we premiere a new track 'In The Seventh Hour', from CHTHONIC CULT's second album, Become Seekers For Death, set for international release on march 28th 2022 via Putrid Cult.