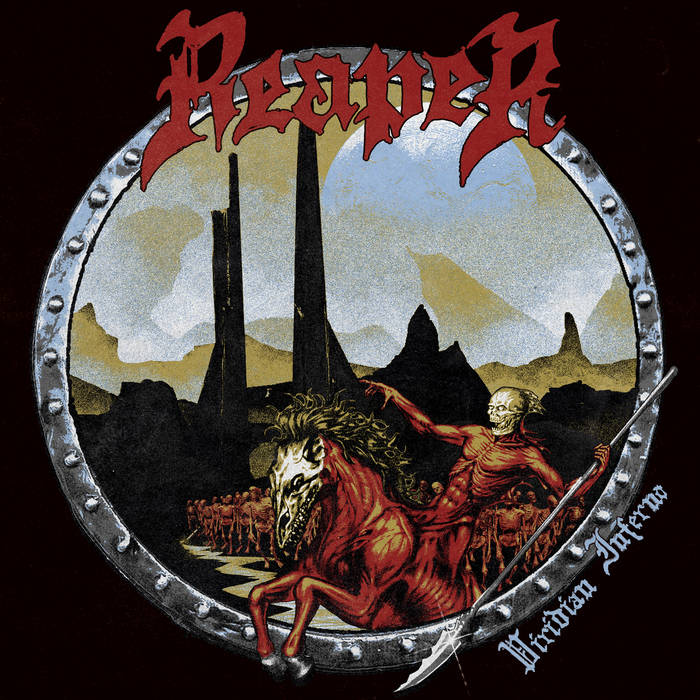 Hailing from the wildlands of Melbourne comes REAPER, four speed-freaks hellbent on exhuming the first-wave graves of the masters in primitive metal, punk, and thrash: Celtic Frost/Hellhammer, Bathory, Discharge, Venom, Warfare, and Sacrilege.

Since the release of their sold-out self-titled demo in 2017 and subsequent LP reissue in 2019, REAPER have kept up an almost-relentless show schedule, including many Australian, New Zealand, and festival appearances, as well as support slots for Aura Noir, Mortiis, Blasphemy, Dark Funeral, Vomitor, Immolation, and more, with an upcoming European attack currently in the works… 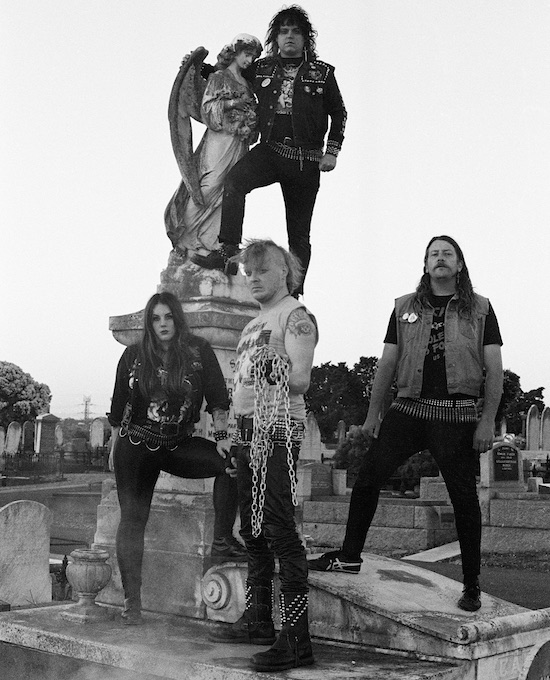 In the meantime, REAPER make their full-length debut with Viridian Inferno, under the auspices of Dying Victims Productions. No change and no compromise, and definitely no quarter: Viridian Inferno contains ten savage tracks of their hyper-aggressive hybrid of '80s hellhammering speedmetalpunk. Possessed by REAPER's debut demo? Then Viridian Inferno is gonna absolutely crush you with its megaton-heavy grime. New to the ways of these post-apocalyptic road warriors? Hop aboard their wasteland rover, hold onto the gun-mount, and pray no massive spikes impale you aboard the ride with the new single 'Drop Of The Blade' premiered below...

Viridian Inferno, is set for international release on April 22, 2022 via Dying Victims Productions on CD and vinyl formats.