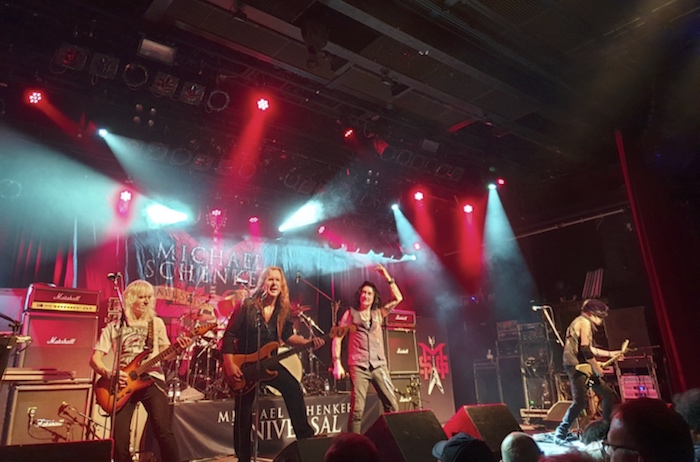 It is really great that after Covid all the bands are coming back on stage again these days. This lovely evening, I had the chance to see Michael Schenker Group live in Bochum. Actually, I wasn't aware which would be the opening act for them, and I have to confess that I never heard anything of the guys (and the girl) from Everdawn before. The American Canadian quintet got a very warm welcome from the audience in Bochum and was accepted right from the beginning although their style of music is quite different from that what MSG is playing. The guys around female vocalist Alina Gavrilenko played very entertaining symphonic power metal in the vein of Rhapsody (with or without) of Fire mixed with some Nightwish vibes. Starting with 'Heart Of A Lion' they presented their new bass player Alan D'Angelo who got the job from Mike LePond a few days ago and quite a lot of tracks from their 2019 album Cleopatra but also some songs like 'Signs Of Fire' or 'First Time Thrill' that aren't on the album. They did a very agile show and had a very good sound. The audience was quite attracted to their appearance and so they had a very successful evening in Bochum. 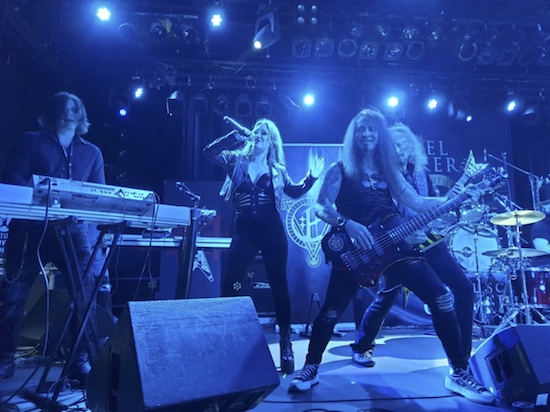 After about half an hour rebuilding break Michael Schenker and his bandmates entered the stage and were celebrated frenetically from the audience right from the start. Of course this isn't a big surprise when you recapitulate which great songs he wrote for several bands. Starting with 'Ascension', Michael and his band didn't make any prisoners this evening. The stage acting of all of them was fantastic and if you wouldn't know about their age, you wouldn't guess that they all are in their sixties. After that instrumental vocalist Robin McAuley was able to show his skills with introducing 'Cry To The Nations' to the audience. To my surprise they played my all-time fave 'Doctor Doctor' very early this evening and of course this was one of the highlights of the set. The band played an amazing mixture of songs from the 50 years of Michael Schenker creations and the bands he was participated in – from UFO up to the new Michael Schenker Group songs from the upcoming album Universal. From this one the audience could hear the fast rocker 'Emergency' and the wonderful epic tribute song to Dio, 'A King Has Gone' Michaels guitar play was really from another world (I stood quite often with an open mouth in front of the stage wondering how a human can play such fantastic riffs) but also his other guitar player Steve Mann did an amazing job that evening, not only on the guitar but quite often he switched to the keyboard while he had his guitar around his neck – awesome! My personal highlights apart from 'Doctor Doctor' came in the second half of the evening when they started playing 'Rock Bottom'. Here Michael did such a stunning solo where he proved once more that he is one of the best guitar players in the rock scene. After that they continued with 'Shoot, Shoot' that let the crowd starting to boil. Everybody started to party here and the following tracks were a sheer rock party, too. Robin McAuley did a fantastic job and interacted very much and very enthusiastic with the front row and I had to laugh pretty much when he sang 'Too Hot To Handle'. He had to laugh the whole time – I guess somebody who is almost 70 years doesn't need to take these lyrics too serious anymore. 'Only You Can Rock Me' was the final song in the almost two hours and everybody went home with a smile on the face. A fantastic evening which only let remaining two questions – first question is why Michael never took off his chapka and the other one is why Michael didn't really interacted with his band members and somehow seemed to be a kind of foreign body on the stage. 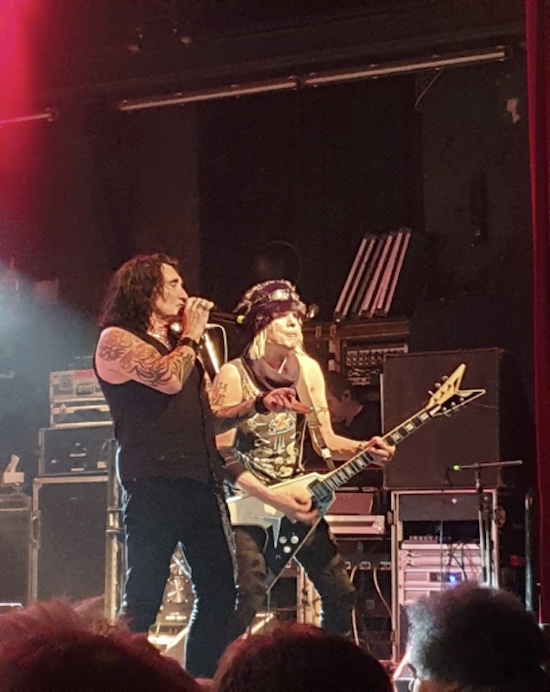 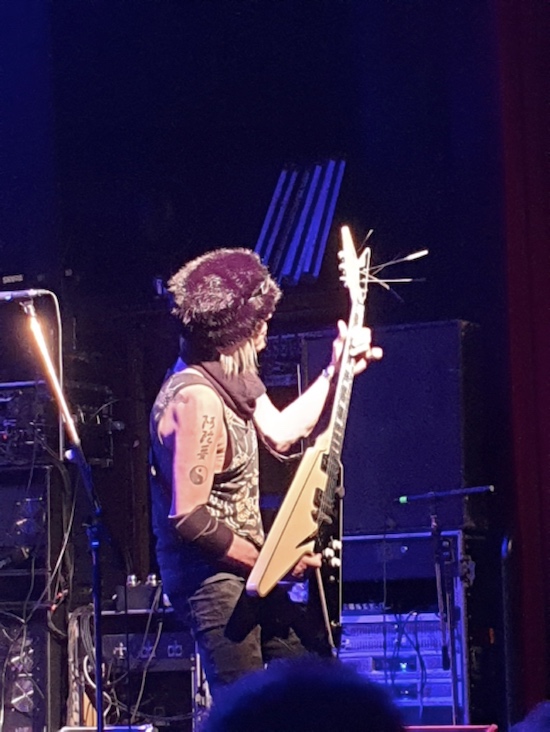