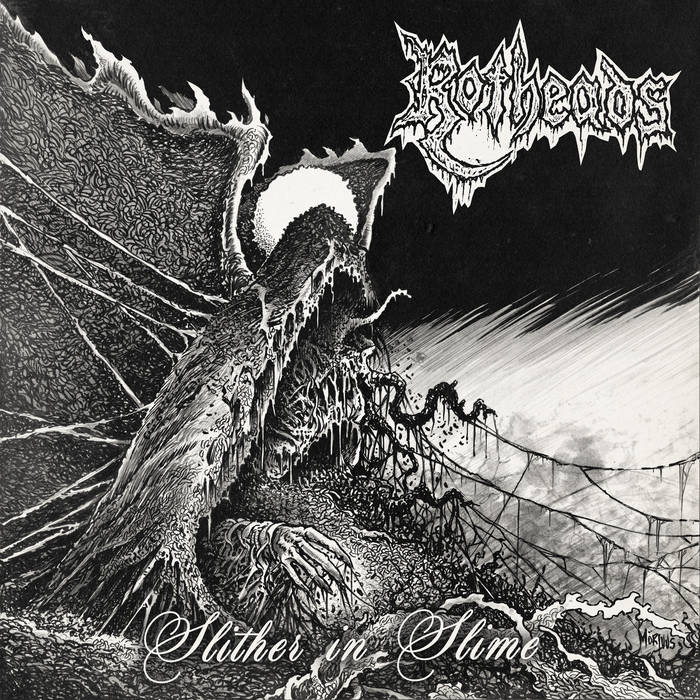 Hailing from Romania, this putrid ensemble was formed in Bucharest back in 2014 and after burst from the bowels of the ugliest underground with their debut album, Sewer Fiends, ROTHEADS strike with their second full-length, Slither In Slime!

Another aptly-fucking-titled album, Slither In Slime immediately sounds like ROTHEADS, but something strange - something altogether unwholesome and even otherworldly - is at work here. While no doubt as crushing as ever, there's a cool/calm/collected execution to the album that creates tension and unease, allowing those same foul 'n' fetid riffs to wash over you with filthier effect, and something approaching "atmosphere" results. Patient? Yes, but the payoff is even grander, as a swirling creepiness seduces even the most closeminded death metaller. We could also say that Slither In Slime is catchy as fuck, too, but that should be apparent to anyone who dares to step into ROTHEADS' newest sewer. Simply massive? You fucking bet! 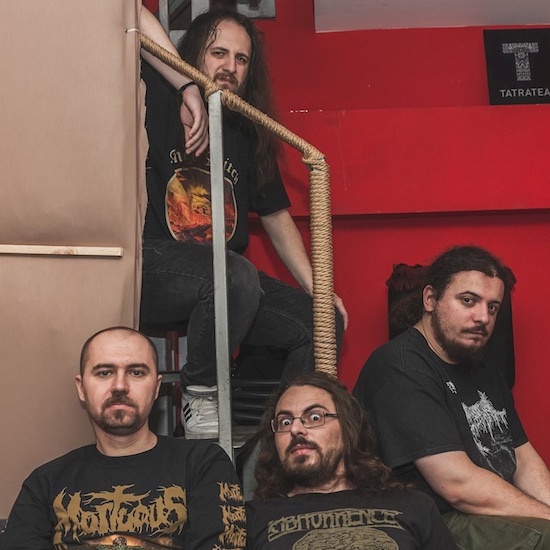 Graced with appropriately stark cover art courtesy of Mörtuus and suitably tendrilous mastering courtesy of Ted Tringo, ROTHEADS have eclipsed the lofty standards set by their debut: you are hereby commanded to Slither in Slime!

Today, in cooperation with Memento Mori, we are thrilled to present the new track 'Spectral Visitation' from ROTHEADS' second full-length, Slither In Slime, out July 25th, 2022.