I was pretty surprised when I arrived at 7.30 PM in Bochum and nobody was queuing in front of the club. So I was the first visitor this evening and pretty confused about that. The good thing was that I got to know the promoter and we had a nice chat. The bad thing was that the fans did not show up that evening (in my humble opinion the bands had deserved more than 24 people who came on that Thursday evening). Very disappointing and I must confess that I've never experienced such a thing in all these years of going to concerts.

However, the Swedes from Repuked opened the concert and didn't show any disappointment about the few people in the hall. The played really sick old school death metal which is heavily inspired by Autopsy and co. The guys rocked the stage and vocalist / bassist Robin "Rob the Slob" Westlund did a very sick performance with rolling eyes and uncontrolled moves. The guys had lots of fun playing and they searched for a contact with the audience which made the show likeable. I really had to laugh when he asked "Hey Bochum, are you drunk? No? Oh, maybe later…". The songs were played really tight, and the sound was good and everybody who loves stinking death metal completely got his money worth. 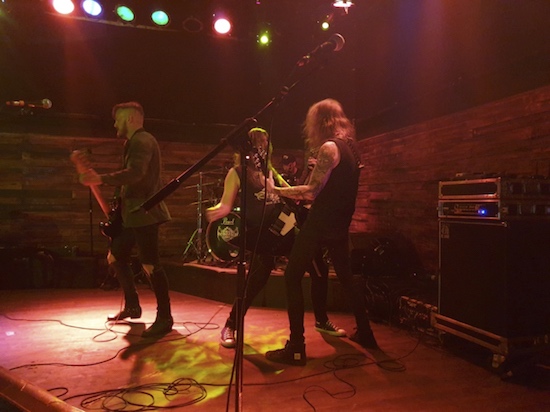 After this slightly vulgar gig, the Brazilian guys from Nervochaos entered the stage. Their show (and music) was quite different from the Swedes. No beer, no obscenities in their songs. Their new vocalist (he's in the band since 2020) Brian Stone reminded me of some HC bands and made a very impressive figure on the stage. He acted very intense and he and his bandmates also didn't show any bad reaction about the audience. They performed very professional and the technical death-thrash mixture got a good resonance from the "crowd". They didn't focus too much on their latest output All Colors Of Darkness but played a fine cross-section of their career with songs from almost every album (and they have released 10 albums so far). 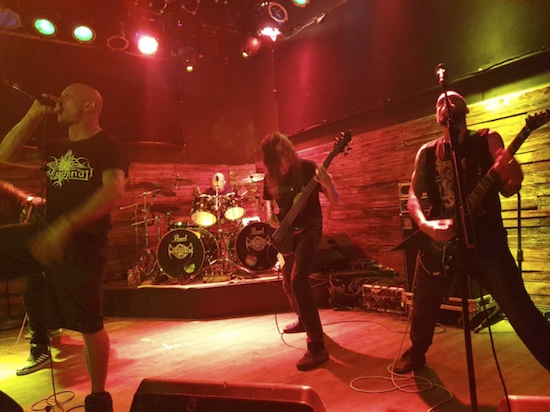 Around 10 PM the time had come for Demonical. I was pretty curious about the band because I had never seen them before and was absolutely blown away from their newest release Mass Destroyer which is one of the best old school Swedish HM-2 albums within the last years. The guys were received very enthusiastically and did a really cool death metal firework. Like Nervochaos they presented a lot of old songs and also some from their latest release. Vocalist Christofer Säterdal did a fantastic job and he is the most eye-catching person on the stage since he is about 2 meters tall. But also the other band members did great stage acting with a lot of guitar posing and running around. The sound however was a little bit too loud so it was sometimes a bit tricky to find out what the songs was. They closed the set with a fantastic Entombed cover of "Wolverine Blues" and so the evening was too fast over, and everybody went home. At least the roads were not too crowded after that event….sorry guys for that lousy attendance! 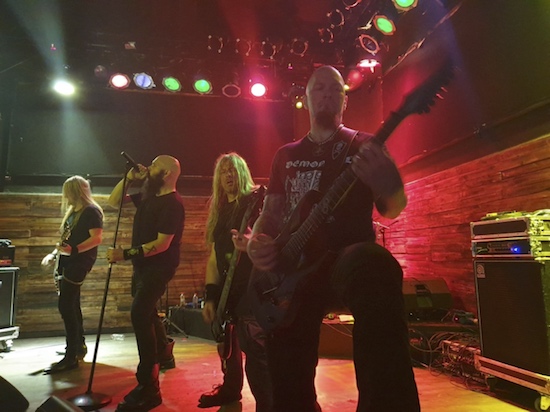