After some troubles getting to Wermelskirchen because my mobile didn't have any internet and my car sat nav didn't tell me about the closed exit on the Autobahn (has Germany already more construction sites than citizens?) I arrived a little bit later than expected in Wermelkirchen but had a very nice trip through the wonderful nature of the Bergische Land. But I arrived just in time to get some merch and a very warm alcohol free beer – yummy!

I have never been to the AJZ and I have to say that it is a very nice location with a cool metal flair. Stickers and posters everywhere and the beverage prices are more than fair. The concert hall nevertheless is very small and that evening it was also very crowded. But that was no surprise with this cool thrash billing that Friday evening.

The concert started with Sphinx, a young band from the hometown of Sodom, Gelsenkirchen, who already released one album called Deathstroke. The three guys played some really old-school thrash metal in the style of very old Sodom (what a surprise, isn't it?), Destruction and Kreator (a nice mixture of all this). They did very cool stage acting and did a very convincing gig that evening. So let's see what the new album they are going to release later this year will bring. 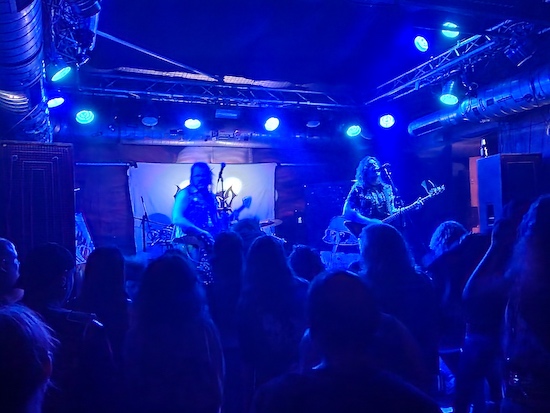 After a short break Deathfist entered the stage. The three guys and one lady had quite a home match that evening because they originated from that area. So it was no surprise that they grabbed the audience by the balls and rocked the stage. Vocalist Corinna did a very good job with her high and aggressive vocals (the new Sabina Classen…) and guitarist Markus looked like Kerry Kings twin brother. Unfortunately they released their last (and only) album Too Hot To Burn 12 years ago but this really kicks ass. Stylistically they did a mix of Teutonic thrash which meets some Slayer and Venom – maybe this fits best as a description. 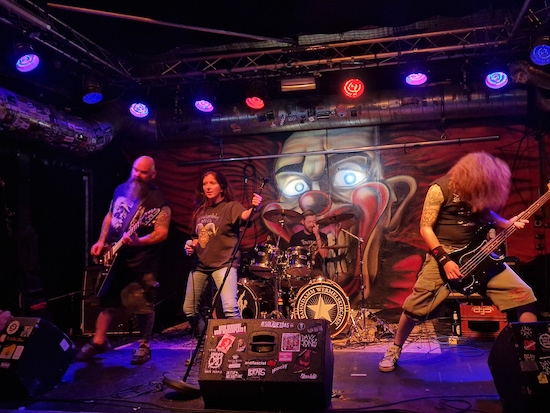 After this, the long awaited Protector gig took place. Before that though everybody had the chance to chat with the guys because they hung out with the audience the whole time before the concert started. No allures, they were very kind and very down-to-earth. Protector had a set-list which regarded each album (except The Heritage) but only included two tracks from the last killer album Excessive Outburst Of Depravity, namely 'Open Skies And Endless Seas' and 'Pandemic Mistery'. Martin, who wore his usual nail bracelets and battle vest, told a little story about each track and making jokes of his age ("The old man has to go back into the retirement home. My wheelchair is waiting outside for me."). Starting with 'Stillwell Avenue' from Summon The Hordes the German-Swedish collaboration (although Martin already lives in Sweden, too) kicked ass the around 90 minutes which were over far too soon. The quartet was in a very good mood and had pretty much fun on the stage and closed their gig with a medley of 'Calle Brutal' and 'Space Cake' just to come back for an encore (Let's hope that the wheelchair is waiting a little much longer for the guys and that they will continue releasing such great thrash grenades. 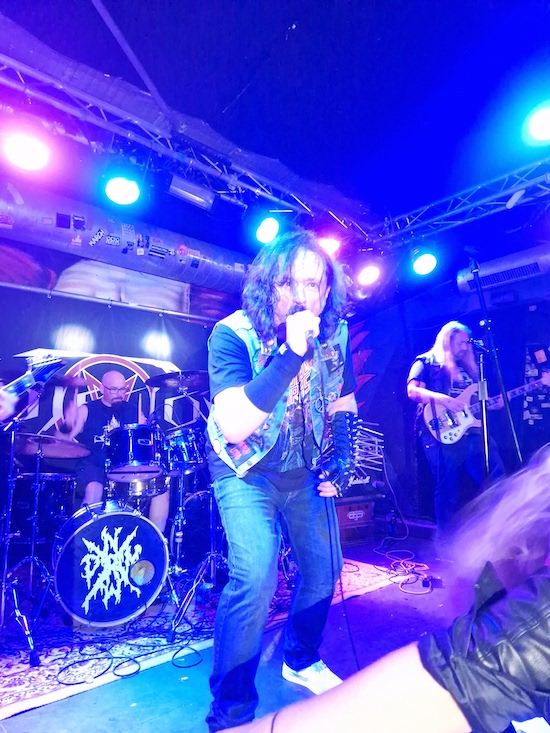 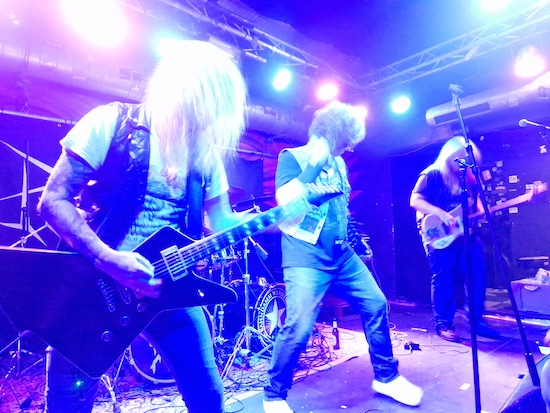