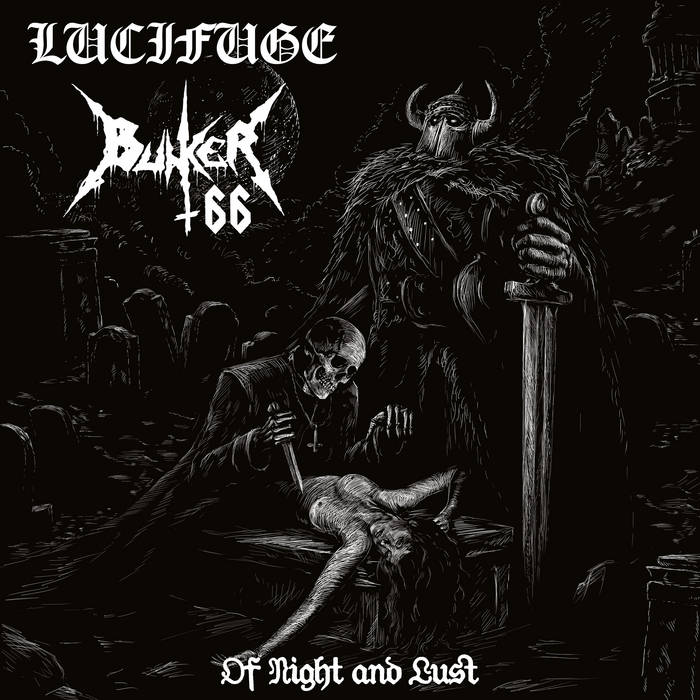 Today, in cooperation with Dying Victims Productions, we are thrilled to present the new track 'Mellhammer' from BUNKER 66 special 7” split with LUCIFUGE, Of Night And Lust.

Both BUNKER 66 and LUCIFUGE should be familiar names to those versed in the dark deeds of Dying Victims: Just earlier this year, BUNKER 66 released through the label a split 7” with fellow Italian filth-bangers HELLCRASH, as well as their long-awaited (and rightly celebrated) fourth album, Beyond the Help of Prayers, earlier in 2021; for their part, LUCIFUGE released their equally celebrated fourth album, Infernal Power, through Dying Victims during the spring of 2021. Here on Of Night and Lust, both bands each deliver three exclusive songs, making for 24 minutes of ancient speed metal sleaze and metalpunk ghoulishness.

BUNKER 66 are up first and show no signs of slowing down, especially so after 15 years as a band now. 'Mellhammer' and 'Sulphurous Lust' are exemplary displays of their greasy speed-metal surge, and yet subtly exude an eerie aspect that perhaps point the way forward for future recordings. Capping their entry is a faithful cover of Motörhead's 'Doctor Rock,' which both underlines BUNKER 66's roots as well as reverently paying respect to the fallen gods of Lemmy and Würzel. 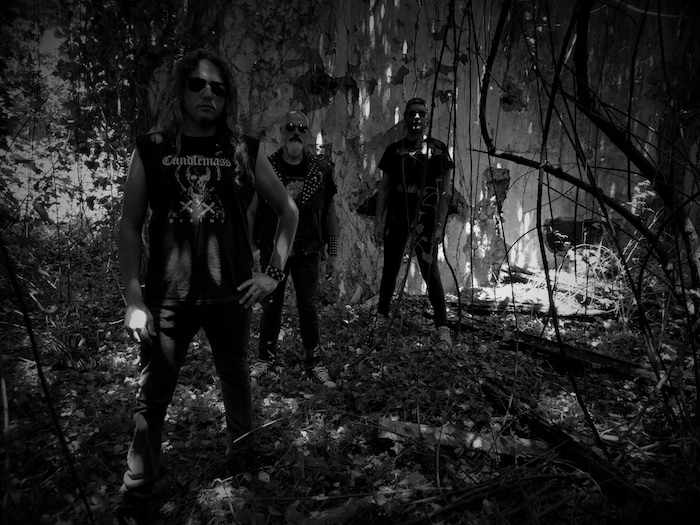 Of Night And Lust, a special split mini-album between BUNKER 66 and Germany's LUCIFUGE, will be released by Dying Victims Productions on October 21st, 2022 on CD and 12” vinyl formats.