What a great black metal setup! This was probably one of the most anticipated black metal concerts of the year. Starting with the Austrian maniacs Theotoxin who just released their killer album "Fragment : Totenruhe" this was a very promising start into the unholy evening. Playing some harsh Scandinavian-like black metal stuff they did a very convincing performance which was clearly focused on the new album – only two tracks were from the predecessor "Fragment : Erhabenheit". Vocalist Ragnar nagged and yelled as if he would like to curse the whole world and their guitarist Fabian posed like hell. Though the sound might have been a little bit clearer they did a fantastic job that evening and got hopefully some more fans with that. 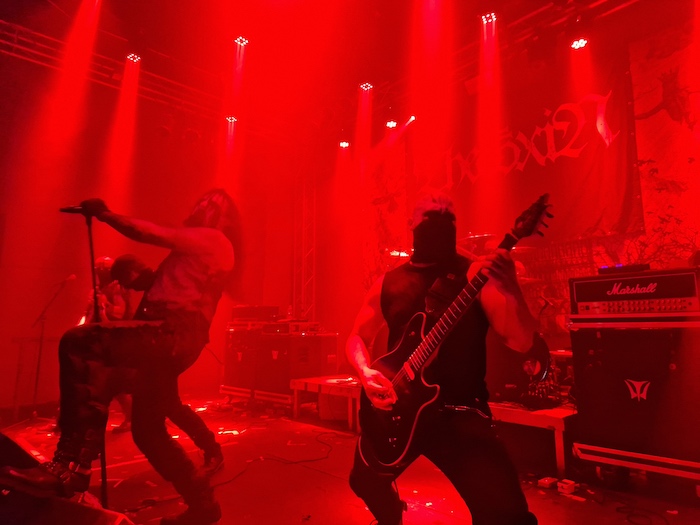 Setlist: Golden Tomb / Demise Of The Gilded Age / Sanatory Silence / Perennial Lunacy / World, Burn For Us / Towards The Chasm / Philosopher Of Light / Frontschwein

After Theotoxin the Norwegians of Whoredom Rife entered the stage and with them came a mystic aura into the hall. They looked pretty spooky with their corpse painted faces and I felt some gloomy vibes I haven't felt for at least 25 years at a black metal show. The show was an absolute banger and they played songs froml their three albums. Vocalist KR interacted heavily with the audience and was the most impressive guy on the stage. I think that this band really catches the spirit of the 90s black metal – on their albums and on stage as well. 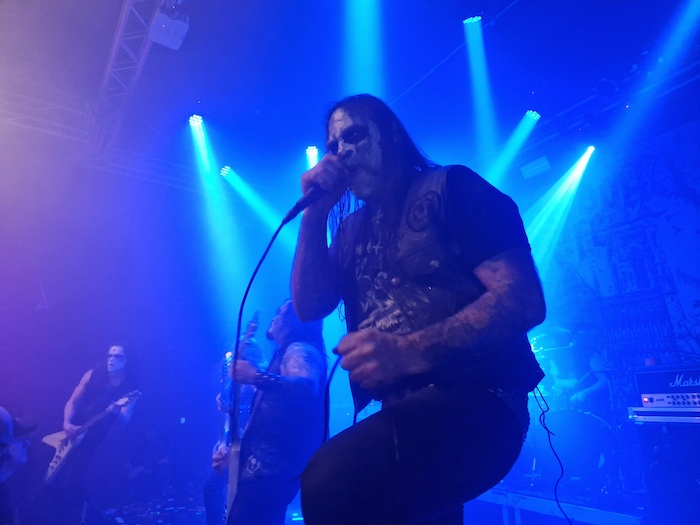 Setlist: Curse Of The Moon / Gospel Of Hate / Cursing The Storm To Come / In Nameless Pagan Graves / Summoning The Ravens / Beyond The Skies Of God / Gitt Til Odin (Thanks you guys for sending me the list!!)

And now the band that most of the people in the audience came for - the legendary Archgoat. Their music is quite polarizing (in my family there are only two opinions about it but mine is the right one of course) but their appearance was pretty impressive. You can clearly hear those blunt death metal influences in their music (which remind me so much of very old Incantation) but their appearance and the style is much more sinister than that. They played songs from all their albums and created a very dark atmosphere, especially when they did the slower parts. Their drummer made me smile at times when he suddenly started to thrash like a maniac on his drums just after those slower parts. I think there is a thin red line between exaggeration and real black metal attitude but he didn't seem to care… They were pretty impressive in what they did and I hope that it was´t the last time I've seen them live. Thanks to everybody involved for such a fantastic concert! 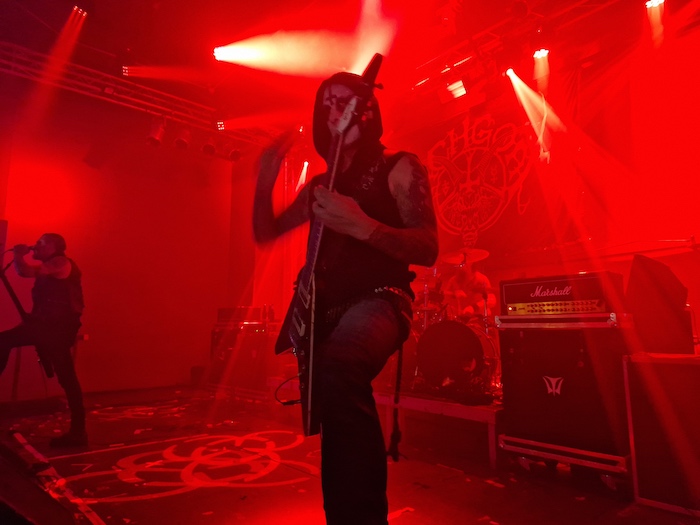 Setlist: Heavens Ablaze / Lord Of The Void / Jesus Christ, Father Of Lies / The Apocalytic Triumphator / Goat And The Moon / Messiah Of Pigs / Darkness Has Returned / Rise Of The Black Moon / Nuns, Cunts And Darkness / Hammer Of Satan / Burial Of Creation (Thanks to the band for sending me the list!!!)