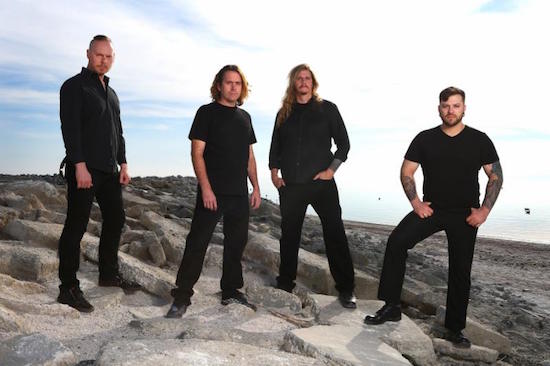 Travis Ryan (vocals) comments: "Mitch Massie once again hurls us into a nightmarish world of the eye for an eye table turning that Cattle Decapitation lyrics exude, but this time in a much more surreal manner. Here we see the circus has come to town and with it a grisly 'freaks' exhibit featuring the barbaric aftermath of what the protagonists (the 'Ringmaster' and a freed 'specimen') have done to the leading researchers at Cosmeugenics Laboratories - a place where Cosmetics testing is performed on earthen creatures all in the name of Human vanity - but this time by completely incorrectly administering the clandestine, flesh-eating drug 'krokodil'. I'll leave out the horrific details as you'll have to see that for yourself!"