EVOCATION Launches Video for 'Condemned To The Grave' 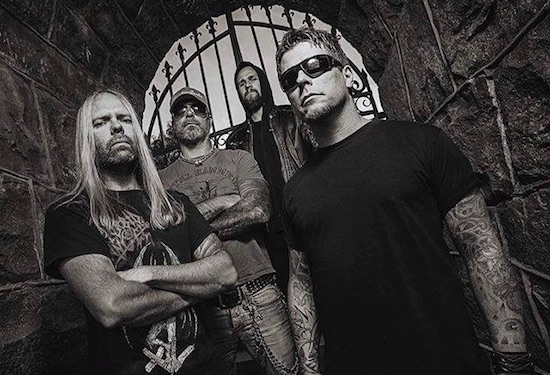 On March 10th, EVOCATION will celebrate their return to death metal with the stunning new full-length, The Shadow Archetype. While honoring their Swedish death metal roots, the new album also adds thrash metal elements to their addictive, heavy sound. For a preview of the album, a new video for the track 'Condemned To The Grave' can be viewed below.

Evocation's Marko Palmen (guitar) comments: "The video for 'Condemned To The Grave' was shot with Greenworks Television on the 4th of February at a deserted house in the small village of Golingstorp, Sweden. The deserted house was actually something that we found through a friend who specialized in photographing deserted buildings. According to villagers the house has been deserted for at least 30 years. It's a beautiful house and the ageing has perhaps added even more character to the house. The day of the video shoot was freezing... But it added a special eerie feeling since there is a small layer of snow in the landscape, and on many of the shots with the actors you can see their breaths in the air. The end result became quite spectacular (not for the weak hearted I might add...), and we all hope you enjoy the video for 'Condemned To The Grave'!