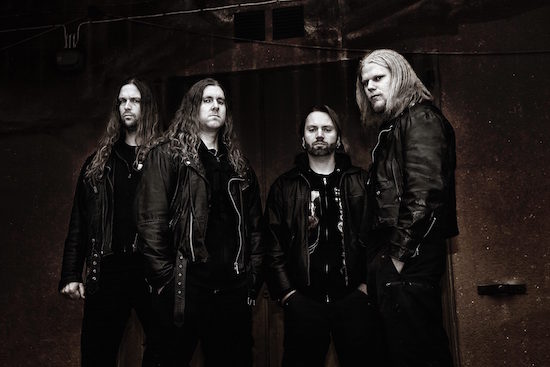 On March 24th, CUT UP will release their highly anticipated sophomore album, Wherever They May Rot, worldwide via Metal Blade Records. Just as brutal as its predecessor, 2015's Forensic Nightmares, Wherever They May Rot offers a rougher edge and is catchier overall. For a preview of the album, a bloody video for the new single, 'Vermin Funeral', can be viewed below.

CUT UP's Anders Bertilsson (guitar) comments: "Inspiration for your arbitrary funerary rites arrives in the form of our new video. Shot in a cold, filthy, suitably depressing environment the video perfectly illustrates the scorching mid-tempo concentration of pure aggression that is 'Vermin Funeral'. Thanks to the camera work and acting by the Arvika crew, we can now present you with this murderous cinematic experience. Watch as one by one is hunted down and hammered into the tomb. Get this and 10 more killing anthems with 'Wherever They May Rot', out March 24th worldwide on Metal Blade Records!"