CRADLE OF FILTH Premiere Music Video for 'Heartbreak And Séance' 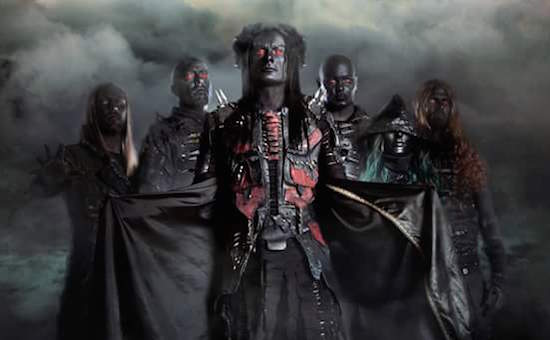 U.K.'s extreme metallers CRADLE OF FILTH have premiered the official video for the song 'Heartbreak And Séance'. The track is the first single off the band's eagerly awaited twelfth album, Cryptoriana - The Seductiveness Of Decay, which will be released on September 22, 2017 via Nuclear Blast.

CRADLE OF FILTH frontman Dani Filth Comments: "Working with such an artistic director as Artūrs Bērziņš was indeed an honor, as the video shoot was very extensively planned, involving a myriad of extras and crew, make-up girls and set builders, a crow, some well-behaved snakes and a considerable amount of snow, candles, water, trees, naked bodies, lamentable mourners, as well as all being submerged in suitably gothic landscapes and vistas. And the fact that we travelled to Riga in Latvia to film it was also very unique and interesting. The video itself is fantastic, drawing from the darkly erotic imagery of the album artwork and bringing it to richly technicoloured classical life. We had such a blast shooting it, as the accompanying photos attest to..."