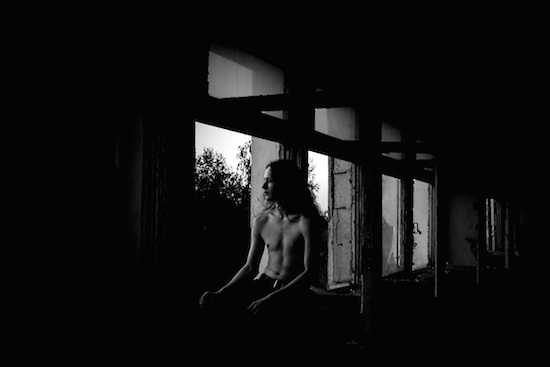 After the premiere of the debut album titled Wędrówkę Haniebnie Zakończyć, out since November 17th 2017 via Godz Ov War Productions, the enigmatic project called ABSQUE COR presents an official video accompanying a track titled 'To Co W Człowieku Nieuniknione'. The video was directed and produced by the DR Silesia team who collaborate with acts like Furia, Arkona, or Stillborn.

In a brief comment, the founder of ABSQUE COR, Vos, clarifies the essence of both the track itself, and the whole album: "We'll take you to a place where there is noting but doubt, denial of all values and devotion. It is a very dark place in which everything is infinite, or noting is finite. And each and every one of us will have to reach it in the end, now matter how, or how fast..."