"Preserved In Time" marks the 3rd full length album this somewhat obscure doom metal band has put out. Having been around since 2009 (post Etherial Sleep) and birthing 3 near flawless albums; thus, as to why there has not been a greater audience lured to the band is beyond me. After hearing "Preserved In Time", then visiting their back catalogue, I can't find an explanation as to why there has not been more word of this gem of a band's existence. Given the crystal privilege to have Wheel answer a few questions in this interview, MetalBite was able to extract some of the band's thoughts surrounding their quiet existence and "Preserved In Time". 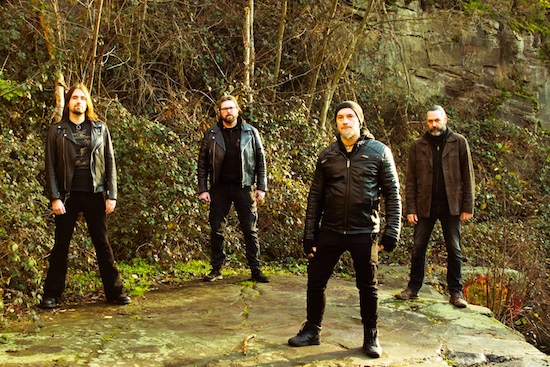 Thank you for taking the time to do this interview with MetalBite, how is everyone doing at the moment?

Carsten: Thanks for having us, everyone's fine thank you. A little bit fed up with the pandemic of course but what can you do? Hope you're doing alright, too!

After hearing "Preserved In Time" I feel as though I've discovered a doom metal gem (both band and album); what are your thoughts on Wheel's reception over the years?

Carsten: Let's be honest: we've been off the page for a long time. It's been eight years since the Icarus album and still parts of the underground have always been aware of WHEEL. We are very grateful to know such a special bunch of human beings many of which have become friends throughout the years.

Carsten: In terms of doom metal Solitude Aeturnus and Candlemass of course but not above all. On the same level there would be Griftegard, Spiritus Mortis, Lord Vicar, Khemmis, the first Pallbearer album, Pilgrim and many more. On the doorstep to metal in general there are the almighty Black Sabbath (not necessary to mention, is it?), Maiden and Priest, Sanctuary/Nevermore and then ways part a little bit among band members because metal in general is such a wide-open space…

What was the deciding factor that caused Wheel to materialize into a band?

Carsten: We have all been playing metal of different genres in different bands throughout the years. Bands came and went but the drive to create heavy music always lasted. Let's call it a matter of coincidence that four guys who always had loved to listen to doom metal finally also wanted to play it and were lucky enough to meet each other at that point of time.

Ben: Three of us knew each other from previous local bands (Arkadius, Marcus & me). And as we were looking for a drummer – Carsten was the one who fits best. Personally, and musically.

What bands would you say influence the sound of Wheel the most?

Carsten: Difficult to say as we won't be gathering in our rehearsal space and say, "let's do a song that sounds like so and so." Maybe it would be easier if you'd ask, "Did this or that band influence you?" and we'd say yes or no…

Ben: For me the "old elite" bands like Solitude Aeturnus and Reverend Bizarre but also a lot of "younger" bands like Pallbearer, Griftegard, Orodruin…

How did you come to agree on the themes that would be expressed in the music?

Carsten: Our singer Arkadius writes all the lyrics which is fair because he also has to sing them. But there is a certain range of themes that fit our music on which we know we all agree.

How long had material for "Preserved In Time" been written?

Carsten: The oldest song on the album is 'Deadalus'. It was written just after releasing the Icarus album. The other songs emerged one after another after finally we finished 'After All' just before starting the recording sessions for Preserved In Time.

How did material for the album come together in an ongoing pandemic in terms of communicating and having it all recorded, mixed, and mastered?

Carsten: Most of the songs had been written before the first lockdown in the spring of 2020. We record in the traditional way starting with the drums, then bass, then all the guitars and finally vocals. Ben engineered the whole thing in our rehearsal space except for some vocal lines. Then everything was mailed to Dennis Koehne for mixing and mastering purposes. We knew up front which direction things should take so the communication was quite easy, too.

Thus said; did ongoing world events have any significant impact on the album?

Carsten: Not in a direct way. But most likely ongoing world events influence the moods of each of us and therefore may as well have influenced the songwriting on a more subconscious level.

Ben: We had to postpone some recording sessions due to lockdown restrictions… but luckily we finished just in time before things got worse.

I've seen a few clips of your performance at Hammer of Doom 2013, as a band you play with such elegance, classicism, and calm. How often do you rehearse?

Carsten: Thank you. We're glad our performance appears elegant and calm to you because in fact we had been nervous like hell before the show. – Normally we rehearse once to twice a week expanding to three or four times before shows.

"Preserved In Time" sounds of a veteran band; yet, there are so few people that are aware of the band's existence. Are you content within the underground or would you rather garner a greater following?

Carsten: Let's be honest: we've been off the page for a long-time regarding outputs at least. But there has always been a small and familiar bunch of maniacs who would keep the faith, appear at shows or invite us to shows they would organize. Of course it feels great when the venue is packed with people so it's easier to keep the energy level high. But it is also great to recognize 70 % of the folks in the audience because they have been to the shows before as well.

Ben: Doom folk has always been a smaller group then let's say Thrashers or Black Metal folk. But we preserve in time, ha ha! 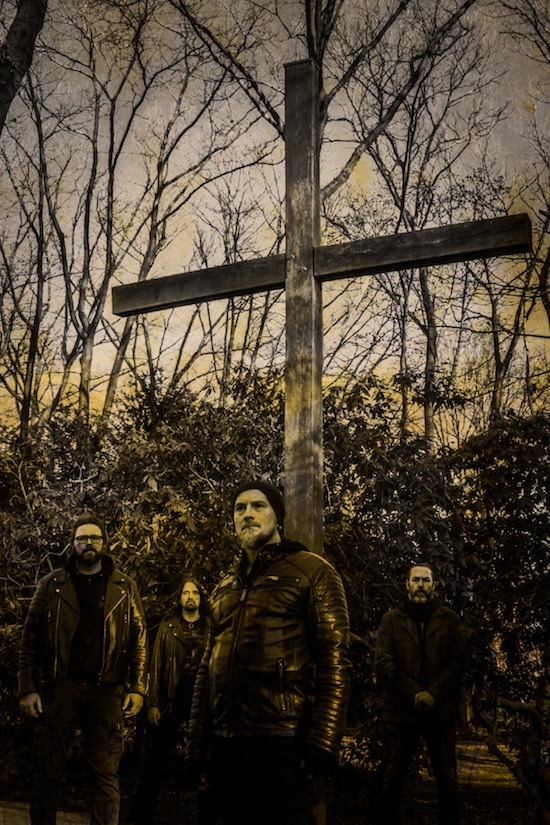 Though different topics appear on "Preserved In Time" what would you say is the broader vision of the album?

Carsten: We all have suffered severe personal losses throughout the last years. There are only memories left of beloved ones who are not with us anymore. We regard it very important to keep the memories alive. And those losses also make you very much aware of the fragility of our existence. So we hold it dear and try to preserve it in time.

It's quite a melancholic album, something I tend to avoid in metal, but when music is this good I simply can't. Would you share with us the meaning behind songs such as 'After All' and 'At Night They Came Upon Us'?

Carsten: 'After All' questions what remains of you when you're gone, the prayers are spoken, the stones are carved. Will you be remembered or will you be forgotten? 'At night…' is about the demons and voices that haunt us. And again the question: can we get rid of them or will they be overcome?

The vocals and guitars here are amazing, and I do hear some Hour of 13 influences in both; was this a conscious approach or a natural occurrence?

Carsten: Though Hour of 13 is a very honorable comparison but there has not been a conscious approach.

Ben: I listened a lot to their first two records back in the day. But it was not an influence here.

There is also a sense of serenity I find recurring within the drumming as though a protective and comforting blanket of sorts is molding the bass, guitars, and vocals. Please reflect on how you felt during the creation of "Preserved In Time"?

Carsten: The most important thing to all of us is to create a good song that develops a certain drive or flow. For that it's no use to play it all to the maximum and stuff it with fills or licks but to always keep in view the direction we want the songs to take. Over time we talked a lot about how we want to create music and what we think is important in the creative process to get the results we want.

The production on "Preserved In Time" is exceptional. Clean yet it retains a certain organic essence. I also understand that a metronome was not used which contributed to that. Is there anything else that may have been a factor in the album's organic sound?

Carsten: The difficulty is to find the right balance. Neither did we want it to sound sterile or over- produced nor should it sound like we had only used mics and amps from the 1950s that had been kept in some dusty attic for 625 years. In fact, we did use a click in some places but left it where it would hinder the flow or mood of the song. And also, again we had a lot of talking up front about how we wanted the album to sound. It then could be communicated much more precisely to Dennis Koehne so he got a clear picture of what sound we wanted.

Ben: I gave Dennis some recent records I like the sound on the latest Smoulder and Cirith Ungol for example. Sound wise this was the blueprint.

I don't know if members of the band are sound-picky, but would you rather experience doom metal on vinyl or digitally?

Carsten: Sound-picky!!! Great term! Ben and Marcus are definitely vinyl junkies while it is less 'religious' to Arkadius and me.

And what do you think about the huge resurgence of vinyl and cassette also?

Carsten: It's really cool. It makes a big difference to unpack a cd or a vinyl album. The cover artwork is getting more important again through the renaissance of vinyl. The cassette thing may appear a little bit nerdy but anyway… many doom metal veterans come from the cassette age!

What's next for Wheel following the release of "Preserved In Time"?

Carsten: The songwriting process for the successor already has begun. Hopefully it will be possible to rehearse 'live' again soon. We surely don't want to let eight years pass by again until the next release.

Great album, great band, thanks again for doing this interview with MetalBite, please have the final say.

Carsten: Thanks a lot! Let's hope we can overcome the pandemic soon and then meet in our favorite clubs and bars. We are burning to perform live again and have fun and a few drinks with you guys! Take care! Stay safe!!