Drift Into Black is the brainchild of ex-Grey Skies Fallen keyboardist Craig Rossi and "Patterns Of Light", is the fourth release from the band in the same amount of years. Not knowing much about the project, I decided to investigate and here are the results. Thanks for your patience Craig. 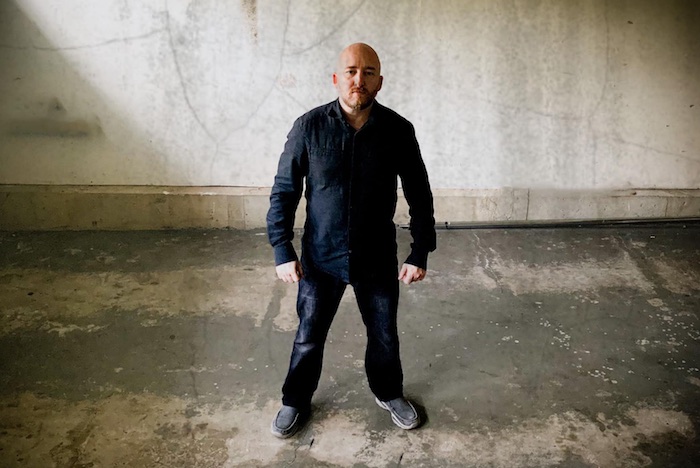 Thanks for taking time to do this, how is everything going?

You're very welcome. Everything is pretty good. I've been slowly but surely revealing more and more from the new album Patterns Of Light but now it's out and I can't wait for everyone to hear it in its entirety.

Drift Into Black sounds like a name taken from a song title, where did it come from?

To be honest these days it's not about choosing a band name with meaning. The real challenge is picking a band name that hasn't already been taken. I picked the name Drift Into Black because 1. It sounded cool 2. Because I want my listeners to tune out the world for 40 - 50 minutes..........and Drift into Black

What can someone that never heard the band expect from the new album?

I think they can expect a dark ride. Not just musically but psychologically. The tracks range from melodic doom to melodic death metal with a hint of prog.

When I was doing a bit of research on Drift Into Black it came out in Gothic and Doom categories, you are saying that we should expect "melodic doom to melodic death metal with a hint of prog". What do you think about all this categorizing and putting tags on music?

Even though Drift Into Black tends to touch on different genres it tends to stay primarily in the doom metal genre. I think putting tags on music can be misleading because if you are going to listen to Drift Into Black wanting a total doom experience then you're going to be disappointed.

Let's switch places for a minute. What do you expect from the listener?

People tend to have short attention spans nowadays so if you're going to listen to a Drift Into Black song then listen from beginning to end. You never know you may want to listen to track 2 next.

Let's talk about your newest album. How long was the whole writing and recording process? Can you tell us about it, about the recording itself, and how satisfied are you with the outcome?

It took about 11 months to finish the new album and that is including the mixing and mastering process. The process was fun because I had a plan going into the recording and I am VERY satisfied with how it turned out. I started writing and recording guitars for Patterns Of Light in November 2019. By March I was writing and tracking keyboards. March - August I wrote lyrics and laid down all the vocal tracks. Klemen had drums recorded in a week and Paul had his bass parts done in a week as well. So, I would say 10 months in total not including mixing and mastering. The process for writing and recording albums has become very systematic but also enjoyable as well especially when I'm feeling creative.

Why did you name it "Patterns Of Light"?

Patterns Of Light is a concept album. The shortened version is a young girl and her mother living under the roof of an abusive husband/stepfather. The young girl is deaf and mute. Her only means of communication is through sign language. Her mother is the only person she signs with. The young girl sews tapestry......it's her hobby. She then begins to sew patterns into her work implicating her stepfather for the slow death of her mother while he slowly poisons her. She sews her own mother's burial gown revealing more patterns that implicate him. With no one to run to and no one to communicate with she has to make the grim decision to take her own life before he does.......but before she does, she sews her own burial gown. In the end her blood-stained past and years of abuse are revealed through her tapestries and her and her mother's burial gowns. The man is hung from his neck by the people in her town. "Light" meaning truth hence Patterns Of Light.

That is such a sad story, did you come up with it?

I had the vision of the young girl in my head along with the storyline. I contacted Alex from Mayhem Project and explained to him the entire story and when he revealed the album artwork to me it propelled me and ignited my inspiration even more. I like to have the artwork done fairly early when I have a concept for an album. Sort of like when a composer scores the soundtrack for a movie. They need the images in front of them to play too.

How long did you work on the new album? Can you tell us about it, about the recording itself, and how satisfied are you with the outcome?

It took about 11 months to finish the new album and that includes the mixing and mastering process. The process was fun because I had a plan going into the recording and I am VERY satisfied with how it turned out.

While composing and writing was there anything that influenced you differently, were there any non-metal influences?

Nothing influenced me differently but when you are writing a concept album you need to switch up the mood of the songs to match the tone of the parts of the story. There are always non-metal influences when I write. I wouldn't want to write an album that has no non-metal influences.

Do you create for yourself or for others? Which emotions do you have plenty of and which not enough?

I create for myself mostly. I share my music with the public. If you like it then great if not, then there are a million other bands out there that you will like. Emotions? Definitely plenty of depressive emotions in the music but I'd like to add some more dark and evil tones in the future.

That's something I don't want to think about. When someone tells me (which is very rare) that they don't listen to music I have to question if they're human.

What's next for Drift Into Black, is there a plan in motion?

No plan at all. I just plan on writing, recording, and releasing albums and just want to build a real nice discography with Drift Into Black. I want to evolve as a musician and as a songwriter.

CD, vinyl and cassette. What is your opinion about the physical media?

Well considering the new album will be released on vinyl I finally bought a turntable and all of a sudden, I'm starting to put together a nice vinyl collection. As far as a physical format vinyl is by far the best.

Thank you for inviting me for this interview. Thank you to all the people that have supported Drift Into Black! The new album Patterns Of Light was released on vinyl May 28th on Black Doomba Records!!!