What do Gnosis and Hexorcist have in common? Well, both bands, have released superb albums this year (read reviews here (Gnosis) / and here (Hexorcist)) which are really worth checking if you are into underground metal. Though both releases are quite different from each other, they have another thing in common - namely the drummer C.V. (in Gnosis) or Hexorcist IV (in Hexorcist). So, I took the chance to ask him about both bands, thanks a lot for doing the interview! 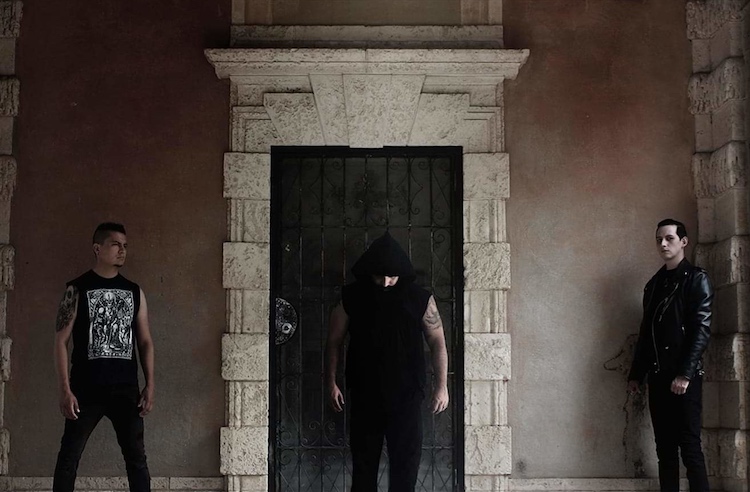 You are a member of Gnosis and Hexorcist, how busy are you with that job?

2019 and 2020 were pretty busy. We were putting the final touches and recording Gnosis' third album Omens From The Dead Realm, and doing both Hexorcist's demo and full length. I'm lucky that I work with great friends and musicians, and we divide tasks very efficiently. It also helped that there were no live shows during that time, shows are very time consuming. It also helps that as a drummer I don't have to come up with riffs.

Gnosis is an old school black metal band which keeps the spirit of the early 90s alive. What are your major influences in Gnosis?

The 80s and 90s are the most influential period for any kind of metal. With Gnosis we wanted to do something different and that hasn't been done a lot outside of Greece. A lot of our members are huge fans of the early Hellenic scene, and with Gnosis we wanted to pay homage to that severely underrated scene. As far as influences I'd say Varathron, early Rotting Christ, Zemial, and Agatus.

You have currently released you third album "Omens From The Dead Realm". What makes the difference to the previous albums?

The main difference I would say were the musicians involved in it, and the amount of time we worked on it. When we first started, we had a few lineup changes, and writing duty fell on DA and RP, with me also taking over lyrics. Writing for the album actually started around 2017 before The Offering Of Seven was released. Some of the songs were initially recorded as an EP, and then re-recorded for the final album.

In your lyrics, you combine a lot of Sumerian myths and names (like Marduk or Naamah). Do you have a certain, let's say religious background or do you combine some mysteries into a very own special one? And what makes the Sumerian mythology so special for you?

When the original singer left, lyric duty fell on me. I decided to write about something I was knowledgeable and passionate about. Sumerian Mythology, and other mythologies is something I've been passionate about for a few years. When I first started listening to metal, I came across names like Marduk, Tiamat, and Absu, and my curiosity led me to read the origins and histories behind the names. I try to write and base the lyrics on personal knowledge, doing otherwise would come across as fake.

As I stated, your sound is kept in the style of the Greek black metal scene during the 90s when bands like Rotting Christ, Varathron or Necromantia were very popular. What do you think about the scene of today? Is your music a 'fuck off' to the newer black metal scene with all its facets?

The Greek scene when it comes to that distinctive sound it's known for is not as strong as it was in the 90s, but there's no scene nowadays that's able to maintain the quality of the 80s and 90s. That being said there's older bands like Varathron that keep releasing amazing albums. There's also a lot of newer bands that keep that sound present, like Funeral Storm, Katavasia, Cult Of Eibon and Ithaqua. I wouldn't say it's 'fuck off', I try not to base what I play on what other bands do or don't do. There's a lot of new bands that are killing it and a lot of bands that are not worth 5 minutes of my time, I guess it all depends on personal preference.

A propos, I saw that you collaborated with Necroabyssious (Varathron, Funeral Storm and Katavasia) and Wampyrion (also Funeral Storm). How did it come to this?

As a huge Varathron fan, having Necroabyssious sing a song on the album was the greatest honor. The fact that he's kept Varathron releasing great albums for over 30 years is nothing short of legendary. Wampyrion is a personal friend and fan of Gnosis. We got in contact a few years ago and have kept in contact since then. I asked him to talk to Necroabyssious see if he would be interested, and he said that he would ask. Necroabyssious agreed to do the song and it was one of the greatest musical moments I've ever had. Wampyrion was initially going to do the intro on our new album, but we decided to not have an intro and instead ask him to do vocals.

Will you return the favor to them? I know they were recently recording a new album….

Hahaha that would be amazing, but Wampyrion does a great job with the drum programming that actually fits the music perfectly.

Do you have plans for any concerts?

Right now, we don't have anything planned. We were playing a few shows a year before the pandemic but then we started focusing on finishing the album, the pandemic hit and made live shows a lot more difficult. 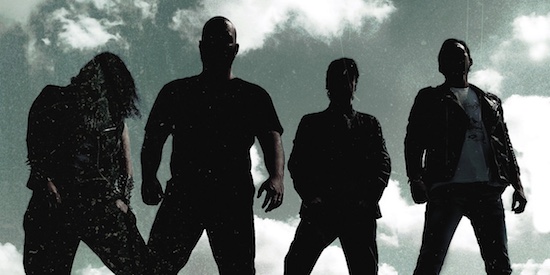 Coming to the other band you're involved in – Hexorcist. It is a totally different kind of music you're playing there. Can you describe the band a little bit more in detail?

Hexorcist is completely different from Gnosis (even though the band shares two members) musically, but the idea behind it is still the same, to pay homage to the early days of metal. Hexorcist was formed in 2019 with the idea of bringing back Devastator a band all of the members at that point had played in. When we couldn't get all the members to come back, we decided to go in another direction and play a death metal like it was at the end of the 80s when black, thrash and death were very similar in its ferocity. Hexorcist is mainly influenced by early Morbid Ángel, Possessed and Sarcofago.

You also released a new album this summer called "Evil Reaping Death" with them. It is the first full-length so far, before that you've just released a demo. How content are you with the feedback from the fans?

The feedback has been amazing, when we first started the band, we wanted to do something we'd be proud of, and that represented our musical influences. We never imagined that both fans and labels would like it so much.

I think the most influential band on Hexorcist is Morbid Angel apart from some South American influences. Am I right with that?

Definitely, early Morbid Angel is death metal perfection. "Altars Of Madness" is one of the biggest metal albums that had ever been recorded, and just to be compared to an album like that is crazy for me.

The lyrics are quite anti-religious; do you think that this is one of the most essential things in death metal?

I actually think is one of the things missing from modern death metal. Metal used to be about darkness and evil, nowadays you got a bunch of bands trying to sound smart and philosophize and it takes a lot away from the music. Some bands do keep that tradition, but to me metal needs a new injection of Evil.

You did cover US black thrash metal band Devastator with 'Crucifixion' (from their 2007 release "Morbid Force" on "Evil Reaping Death". Is the band such a big influence for you that you cover such a "new" track?

As I mentioned before we played in the band. I was one of the founding members of Devastator and was excited to restart the band after 7 years. When that couldn't happen, we decided to do a last tribute to it in the form of a cover.

The cover of the release is very lovely designed and detailed. How did you come to this?

I have followed Johnny Prayogi for a while now on Facebook. One night he posted that piece, and I immediately knew that it got the vision we had for the band. He's a very talented artist and does a great job of making Evil look majestic and grandiose. We are currently working with him on the cover for a split that will be released next year and soon will start working on our second full length's cover.

What about future plans for Hexorcist?

Our plans are to record as much as possible. We don't plan to play live shows, and that gives us a lot of time to work on new music. We currently have one 7" split with Putrid at the plant and will start the recording of another one soon. We hope to also record a follow up to Evil Reaping Death in 2022.

Finally, the last words belong to you!

Thanks for the interview and allowing me to talk in depth about Gnosis and Hexorcist. Hails!!!