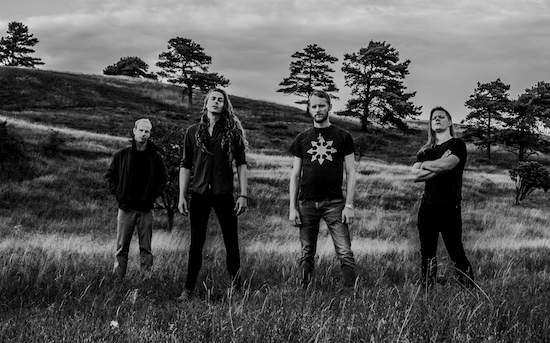 Danish heavy stoner rockers BERSÆRK recently released the first single "Balders Bål" ('The Bonfire of Balder' in Danish) from their forthcoming third album set for the spring 2020 release and today, the band premieres a brand new music video for the single.

BERSÆRK states on the video, the single and the forthcoming album: "To us, 'Balders Bål' is a representation of some of the elements, we’re working with on the forthcoming album: Darkness, heaviness and greatness as well as beauty, dynamics and melancholy. The video is shot at the beautiful nature of Mols Bjerge, which in many ways contains all these hybrids, while it also here we are recording the new album. The idea for the video was developed in cooperation with director Thomas J. Mikkelsen, and we quickly realized, that we didn’t wanted to do a direct interpretation of the song’s lyrics, but still embrace the aforementioned hybrids. From that, the idea arose of the female character who visits us from the underworld and who like Hel from the Nordic mythology is both beautiful and terrifying."