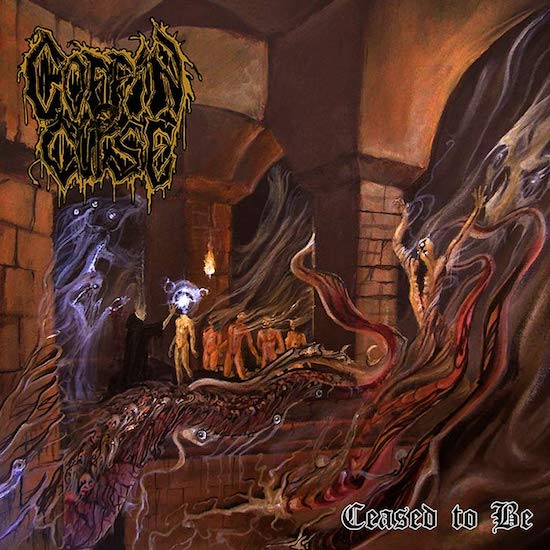 The fine Chilean duo in COFFIN CURSE after many years have risen to the task of putting out their highly anticipated debut album "Ceased To Be". Unlike many highly anticipated releases this is one that truly lives up to the hype of such a phrase. 'Chopped Clean Off' is proof COFFIN CURSE are to be treated seriously, in offering just one amputated limb, one thought for the listener/s consumption, they exhibit sound musicianship 7 years under development. They have played their cards well, patience has paid off and now they are about to reap their rewards. Get ready for fierce death metal magic cast upon the mislead and wise. 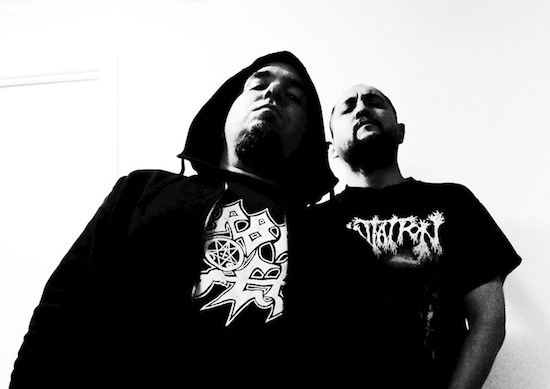 You don't need to burst an eardrum trying to find the band touting their influences in this era, some are straight out copycats, however in Coffin Curse's case their drive is not the influence, instead it's the way those influences are incorporated into their produce. "Ceased To Be" offers 8 tracks that while conspicuously modeling in the garments of legends past and present, carries a facial makeup of their own just as noticeable as their borrowed clothing. Yes Immolation, Possessed and Morbid Angel, even a bit of Incantation are attendees at the ball, but Coffin Curse's identity pokes out amongst the big faces, like that $5 dollar bill somewhere in a pile of $50s and $100s that just happens to make its way to the front of the stack in your most desperate time, to not hold up the gypsy-bus line as the driver scrabbles change for your Benjamin. 'Gathered Unto Death' is proof counterfeit bills can get you the same possessions under the circumstances the vendor/customer does not care or is incapable of differentiating between authenticity and invalidity. Personally, I don't mind revisiting old fortunes as long as you demonstrate professionalism during the conduct, thus, it is highly emphasized on 'Gathered Unto Death' and henceforth. "Ceased To Be" is not nearly mediocre if you were misled into thinking so, unlike the plague of sub-par copycat Death bands that don't even have the necessary etiquette to eat the crumbs of such a great.

Full review of the Coffin Curse's "Ceased To Be" can be found here.