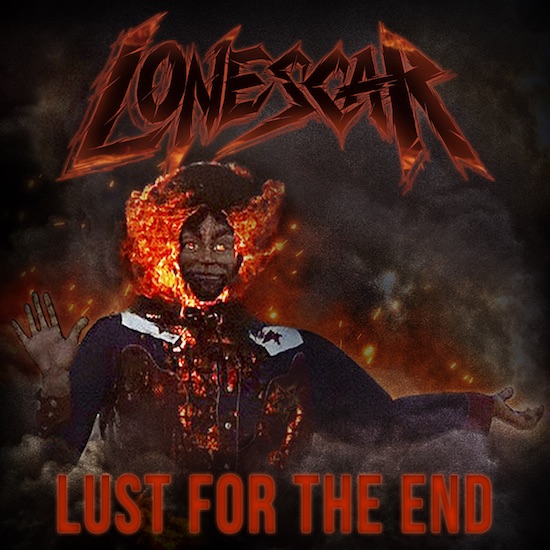 'Some men just wanna watch the world burn', an excerpt off 'Lust for Her End', the final track from LONESCAR's debut album Lust For the End. Considering the way the earth has been raped for centuries one could not defeat the message of this song with any argument.

This evokes a sense of apocalypse ever eminent, ever looming and given the frivolous times we live in, extinction has never appeared a stronger possibility. Passionately recorded, 'Lust for Her End' reminds me of the early 2000s and the fears of Y2K. Today however; the end is welcomed and LONESCA captures that rebellious feeling through heavy and ominous guitar riffs and leads on their single.

The vocals sound somewhat influenced by a Robb Flynn and carry a sincere feeling of hatred for the ways of humanity. The drums keep you banging to the foretold end and with the production so clean, you'll never miss a single misanthropic note or vocal. If you 'wanna watch the world burn' then pick up "Lust For the End". 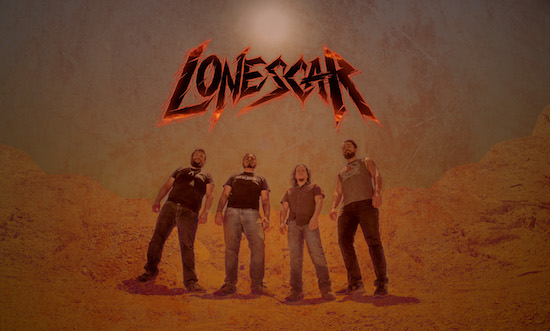 The band comments: "'Lust for Her End' is the final track off our upcoming album, Lust for the End. The song maintains the energy delivered with 'Images from Mauthausen,' but with a spicy intro and a longer, tasty solo. Lyrically, the song alludes to mankind's ravaging of the planet, a blatant lust for the end."