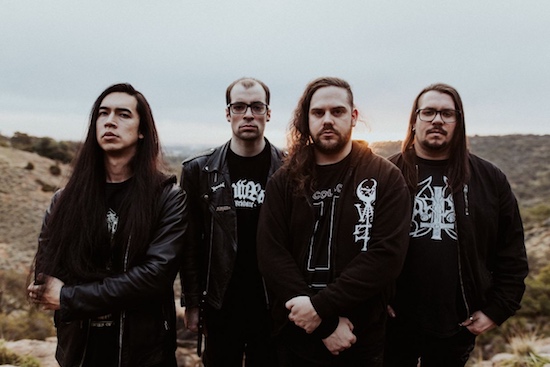 Australian blackened death metal outfit EARTH ROT have revealed the very first track 'Dread Rebirth', of their upcoming opus "Black Tides of Obscurity", which will be released on March 6th, 2020 via Season of Mist.

EARTH ROT comment: "'Dread Rebirth', our first single from Black Tides Of Obscurity is the opening of the void. The simultaneous unlocked and unhinging of mind, both visually and musically. We're excited to begin the year with our opening track that we will be playing live this month and on tour in March."