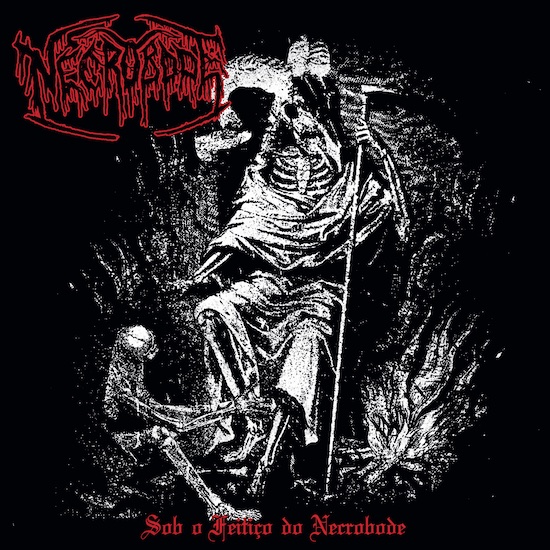 Another reason to get yourself some huge fucking speakers and powerful amps, Necrobode assault the scene again, this time with their full-length "Sob O Feitiço Do Necrobode" (Under the Necrobode Spell). Get ready for black/death metal that will tear the skin from your face, if their 2018 demo was not enough to fulfill your desecrated appetite then chew on this barbed wire bat.

Their demo was already an impressive feat considering they gave us original tracks that could have easily passed as a full length, I'm surprised it was never released on vinyl. But to re-enter the dungeon and work up a more violent yet musically superior incantation speaks of the dedication members involved with this Portuguese affiliation have. I usually don't like attending concerts/gigs but I would not mind seeing a live performance of this material by Necrobode. 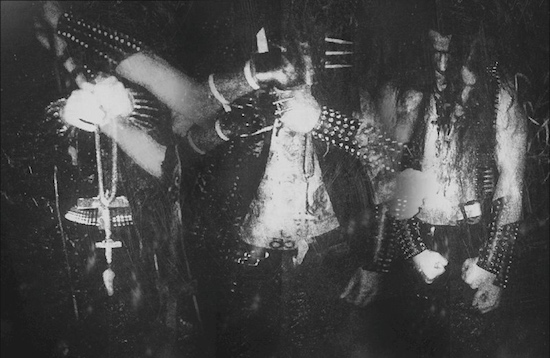 Unlike the populace of black/death metal Necrobode don't rely on blistering fast blast beats and carnivorous vocals, rather their strength lies within an addicting groove they spit out via some mean fucking riffs and catchy drumming. The vocalist has a commanding tone to his growl, it's not entirely of death nor black metal, its closer to sounding as through a cyborg is growling through a clogged pipe or something of the sort. Its distinctive in comparison to the traditional bark/snarl/growl, you'd easily identify them when heard, and with added reverberating effect, that inhuman factor is amplified. This combined with their trademark method of playing gives them an edge over other bands in this style of black/death metal. A much needed and valuable facet to have considering how populated the scene has become following 89, some bands good, most bands shit.