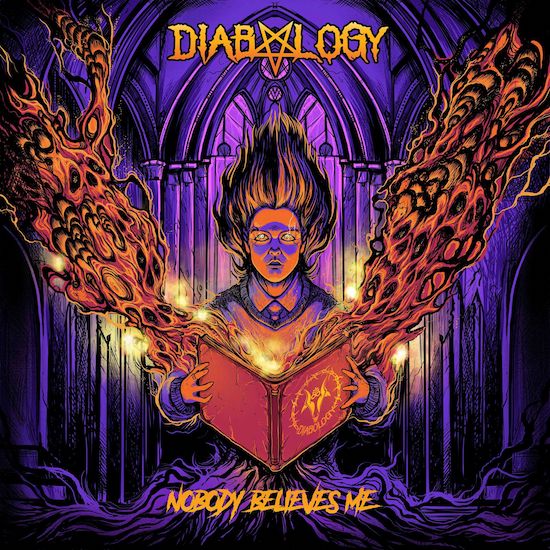 Teenage thrash band DIABOLOGY kicked off the 2020 with a debut album, "Nobody Believes Me". Released on January 1st on digital formats (physical copies to follow soon), this 12 tracks debut merges the epic feel of classic metal with modern sense of brutality creating the band's own brand of blackened thrash.

Today, we host the premiere of the lyric video for 'Defiling Innocents' that kick-starts the promotion of the new record, and with band's ambitious plans to conquer the world with more tours it won't be the last time we hear about DIABOLOGY on our pages. 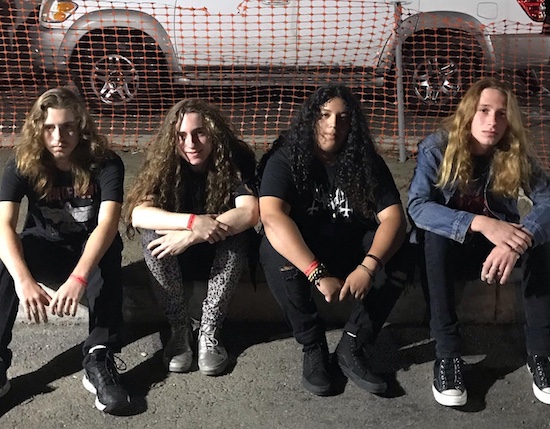 Songs here are very owning of their identity; all the tunes sound different and have their individual moments intact despite the band being inexperienced. Following opener 'The Voices (Nobody Believes Me)' you'd have thought of Diabology as a punk metal act, but with each new entry the songs mutate into other forms of metal. You get 'Deicide' taking on a thrash/groove approach, then, out of nowhere, 'Defiling Innocents' goes full blown black heavy metal with tremolo riffing being at the forefront of the tunes backed by a very trad-metal guitar solo then it's back to thrash metal with a bit of hardcore influence on 'Ember to Ash'. This is the slight trouble of the music; it's enjoyable as singles but in-concise as a unit. Nevertheless, there are songs on here for you to enjoy headbanging to given the material is not stapled down to any one style in particular, it really caters to a large audience.

Full review of the Diabology "Nobody Believes Me" can be found here.