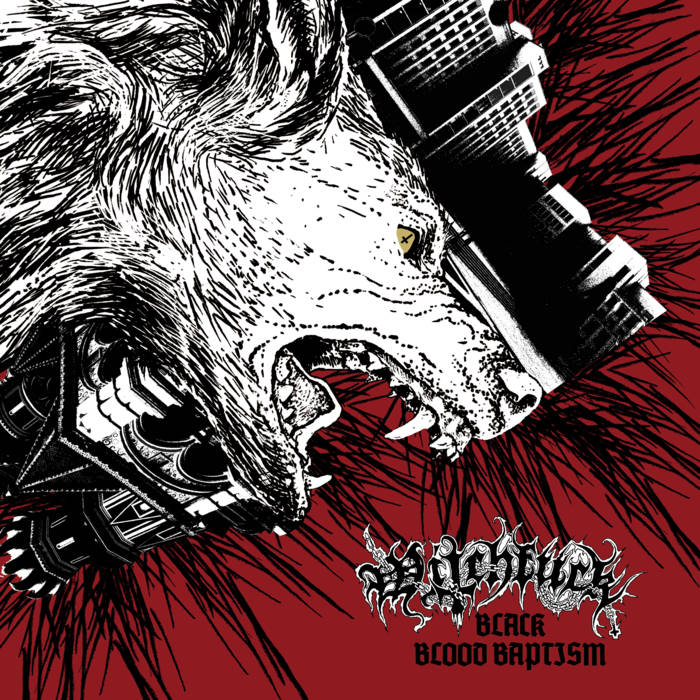 WITCHFUCK, yes another band with 'fuck' in their name, this time charging in from Poland with a bruising black/thrash attack that will have you double checking to see if your limbs are still intact after the sonic assault. Lots of thrash/black metal bands out there, only few are worth it, and WITCHFUCK are the real deal. Residing under the Godz ov War banner that adheres to the principle of quality, it was a necessary undertaking to see what WITCHFUCK had to offer that the hordes allegedly playing black/thrash metal don't.

And after about 3 consecutive thorough sessions, it's fair to say that "Black Blood Baptism" can stand fairly well on its own. Barely any mindless filler or repetition, every song has a moment that makes you think, "oh snap, this fucking rocks" and to top it off all entries are recognizably diverse and have their own set of characteristics. Such as 'Into the Fathomless' that incorporates groove and some technical/progressive riffing to segue from the middle eastern sample back into a black/death breath of wildness, while a song like 'Dar' would punt you into the mid 80s with its guitar solo and tuning. Meanwhile the title-track 'Black Blood Baptism' would open in a traditional black metal way before assaulting the ears with maniacal surges in tempo that'd materialize on a more 2nd wave black metal influenced title like 'Unicestwienie'. Then there are some tracks that are short bursts of persistent rage such as 'Hailing to the Stars' and 'Sulfur Goat' that exploit the more candid nature of 1st wave black metal. 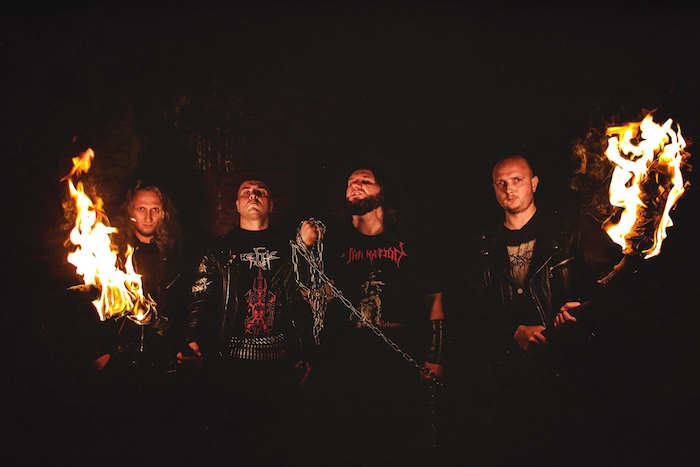 After being baptized by visceral vocals, splenetic drum mechanics and guitars attaching its strings to various eras of metal, it is easily noticeable why WITCHFUCK have crafted one of the genre's top albums of 2021 so far and why they stand out amongst the legions stretching and clawing for the glory while other just play. A true touch of class, an eventful experience "Black Blood Baptism" is.