MB Premiere: INTOLERANCE - 'Echoes From The Past' 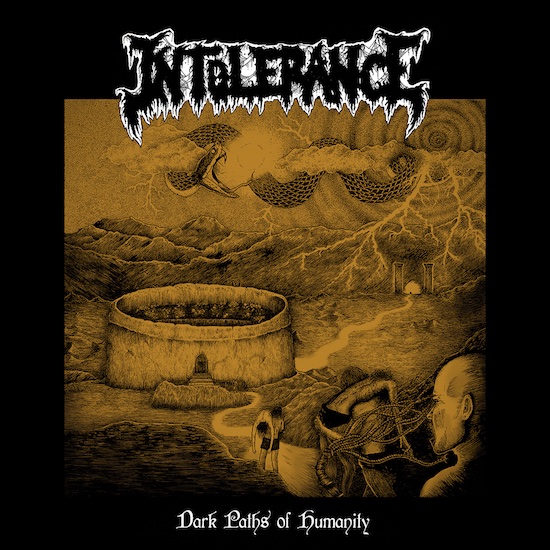 The death metal mongrels collectively known as INTOLERANCE hail from Zaragoza, the same city that Ataraxy are natives of. Spawned back in 2015, this quartet's intent is to pay homage to timeless death metal and the fetid stench that exuded from the malicious tones of the bands that populated the scene and helped define the genre back in the late '80s and the early '90s. Nothing fancy or wimpy here: only demise and putrefaction to be found when you creep in INTOLERANCE's mortuary. 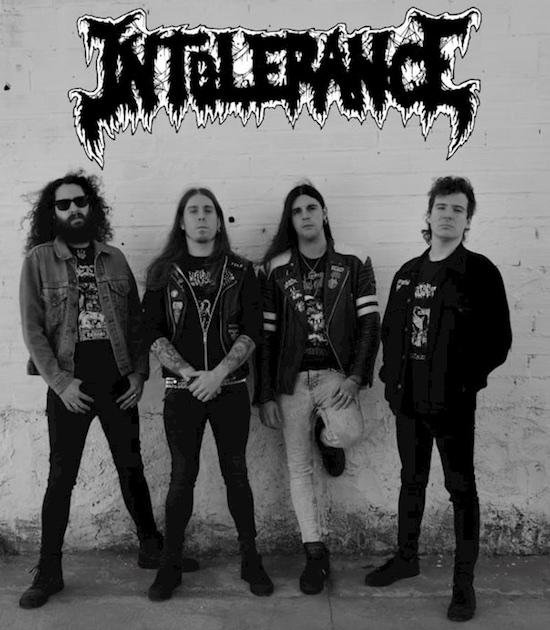 But INTOLERANCE's subtly nuanced and surprisingly dynamic blend of such synthesizes the best elements of classic Bolt Thrower, Grave, Asphyx, Morgoth, Entombed, Convulse, Obituary, and Unleashed. Think 1991 and you're in their wheelhouse - but then you'll be utterly crushed by their tank-tread of a sound, world-eating and wondrously so. Again, nothing fancy or wimpy here!

Today, in conspiracy with Memento Mori, Fucking Kill Records and Godz ov War Productions we are proud to present a new single 'Echoes From The Past' from the highly anticipated debut album of Spain's INTOLERANCE, Dark Paths Of Humanity. Memento Mori will release the CD version on April 25th, Godz ov War will release the tape version on May 13th, and the vinyl version will follow later from Fucking Kill.