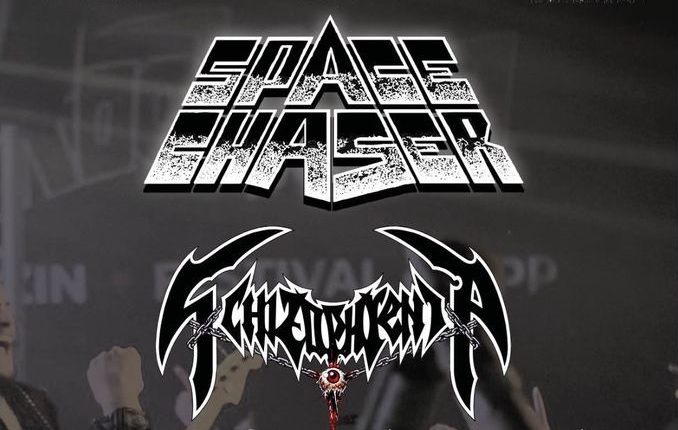 I was quite surprised to see that Schizophrenia and Space Chaser are going to play in my neighborhood so naturally I took the chance to see them on this Saturday evening. The concert started with Darkness Surrounding, a local German band from Wuppertal who plays some melodic death metal stuff. The band was quite interesting since they do have a male and a female vocalist. I would say that they remind me of a mixture of old Paradise Lost and some Gothenburg melodic death metal paired with Theatre Of Tragedy-like vocals back in the mid-90s. 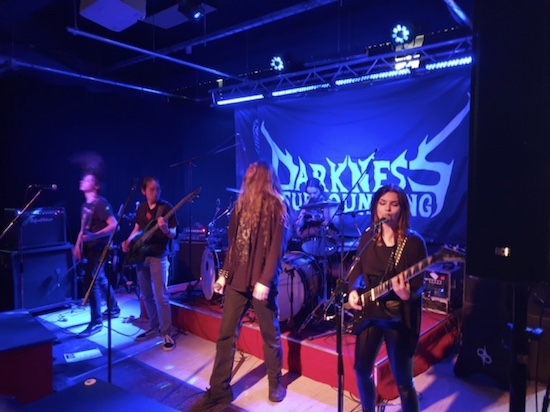 The second band was a local band called Future Phobia. They had some kind of home match because they originated from this area and got a lot of support through the audience. And this was deserved because they performed a very vivid show, acting very much with the fans and playing very entertaining thrash metal from their demo and their first EP Highway To The Ruhrzone. To describe their style, it's much like old Metallica or Kreator combined with some more cross-over elements like Municipal Waste. The closer was a very casual Kreator cover of 'Love Us Or Hate Us' and this was a very fine final track for this cool gig! 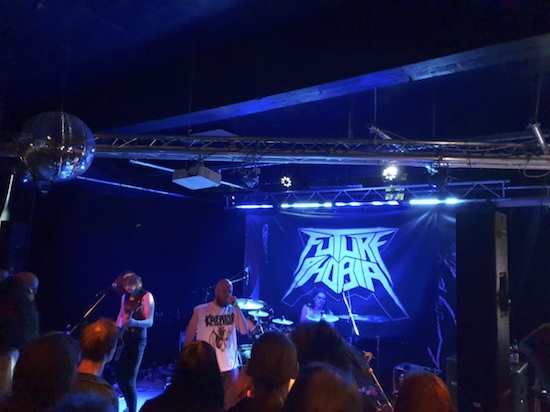 The guys from Schizophrenia just have released their first full-length album Recollections Of The Insane and so it was pretty awesome to see them performing the tracks live. They were a little bit troubled with the sound but it became better from song to song and I guess almost nobody really noticed it (or at least nobody cared about it). The show was an absolute wrecking ball and they did a really fantastic stage acting (although the stage wasn't a real stage and much too small to move around). Starting with 'Souls Of Retribution' they played a mixture of their new, more death metal orientated songs and some more thrashy stuff from their 2020 EP Voices. Singer Ricky Mandozzi and both guitar players interacted with the crowd very often and appeared to be a very fan-friendly band. 'Schizophrenia' was the track when the crowd was finally completely roused so that they started to party. A very good Morbid Angel cover of "Maze Of Torment" showed the technical skills they have and came quite surprising because it wasn't on the setlist. They left the stage with 'Structure Of Death' – I guess, one cannot leave the hall better. The evening was an absolute success for the Belgians and if they continue performing this way and without any allures, they are going to have a bright, ehm… sorry dark future in the extreme metal scene. 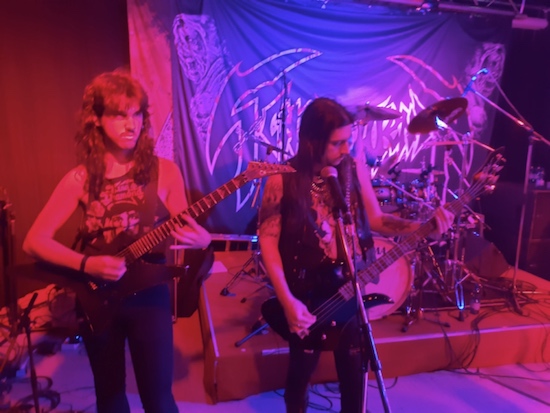 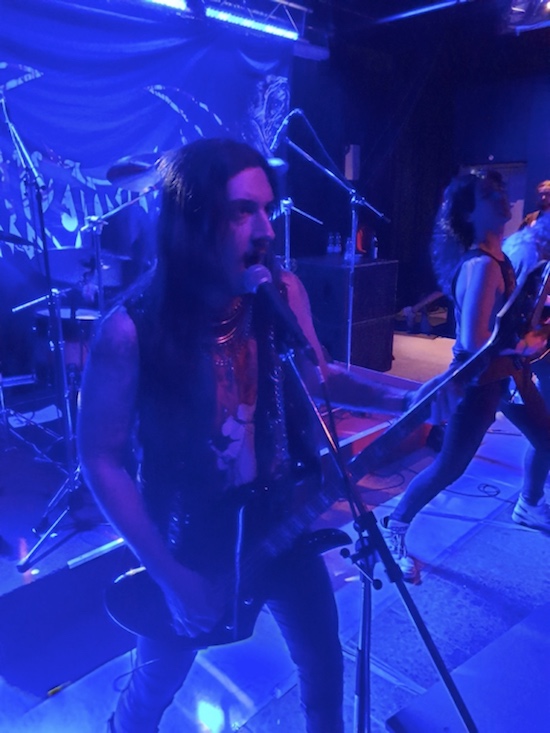 Space Chaser from Berlin are one of the best German new wave of thrash metal bands these days. Having released their third full-length album Give Us Life last year they have a very cool back catalogue of thrash songs to perform. On this evening they played a fine cross-section from all the albums and underlined why they are so popular. Vocalist Siegfrieds interaction with the audience was quite funny and he made a lot of jokes. Both guitarists were running around and did a lot of posing with their guitars and drummer Matthias was a very tight and precise machine behind his drumkit. They all were in a very good mood and had a lot of joy of playing. No wonder about that because it was their first show in 2022. After a short intro they started with 'Virus' from the 2018 split album with Distillator and pretty much from the start the fans were doing slam-dance and headbanging. The next tracks were from the latest album which is pretty more thrash orientated and has lesser cross-over elements than its predecessors. But also, all-time faves like 'Skate Metal Punks' or as final track 'Metro Massacre' didn't miss. It was a very entertaining evening with really cool bands and a concert feeling like before the pandemic. Let's hope that it keeps this way. 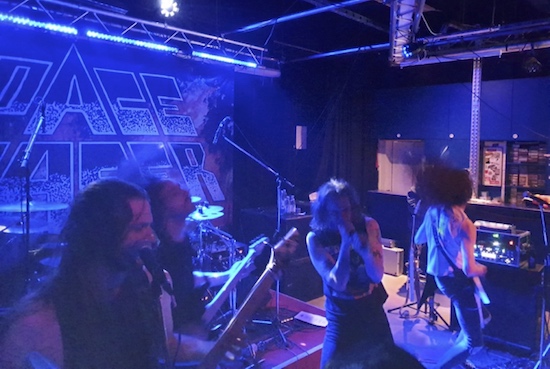 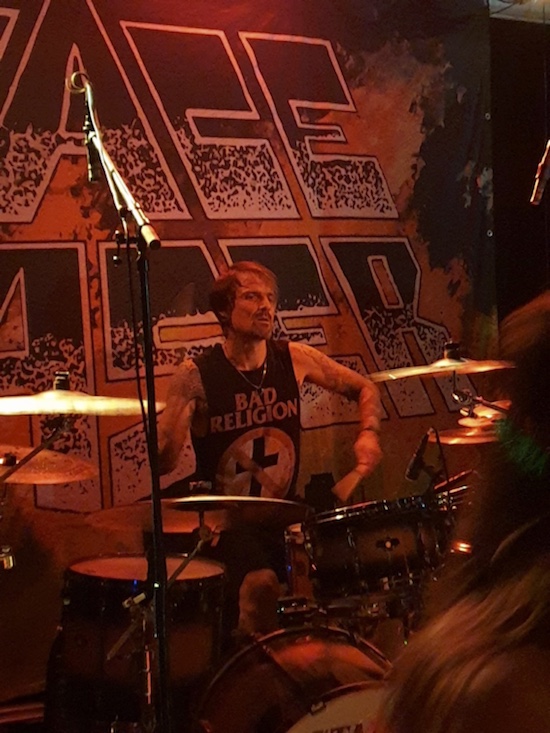