A lovely Saturday evening in the Ruhr Area, is there a better thing to do than going to a concert where you can see some really legendary guys playing Death songs? I guess not! Many metalheads were gathered here to see Death To All and the local band Cerebral Invasion opening for them. Unfortunately DTA had some problems with their bus so they arrived very late and everybody had to wait more than an hour in a hall until the doors to the stage finally opened. Good thing about the hall: you could get something to drink, bad thing: there was no ventilation (maybe not the best in times where the number of Covid infections is rising again) and the worst thing: no internet! So you had to go old school and talk to people that you knew and some you didn't! Pretty crazy shit!

So finally the doors opened and soon Cerebral Invasion started to play. They had quite a home match in Bochum and got a lot of support though the crowd. I didn't know the music of the band and I was only aware of their name but what they performed was really convincing. They played a really old-school mishmash of death and thrash and had lots of fun on the stage. If I get it right, they will soon release a full-length album. They played some new tracks and an awesome Megadeth cover of "Hangar 18" at this gig. New album is coming - until then you can check their self-titled '20 EP. 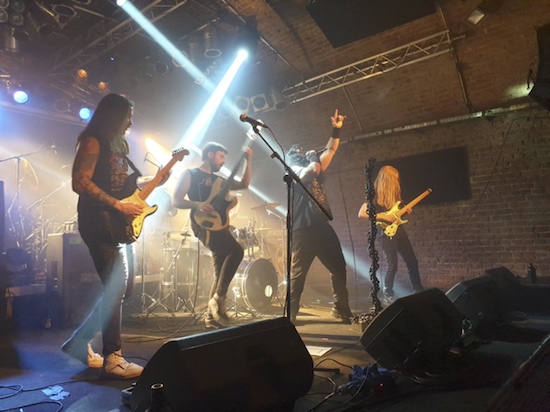 After a short rebuilding break Death To All entered the stage and were loudly celebrated by the audience. I have to say that I got some shivers run down my spine seeing these guys on stage again (even without Chuck) after such a long time. The crowd was celebrating the band and it soon became clear that the music of Death still has a lot of supporters and a high status in the scene even after the tragic death of Chuck Schuldiner and the fact that their last record "The Sound Of Perseverance" is already 24 years old. Bobby Koelble (who made a lot of funny grimaces), Steve DiGiorgio (playing the old tracks with a 3-string-bass!!!) and Gene Hoglan acted as if they had never been away from playing Death songs and Max Phelps, the "new" vocalist / guitar player, 'replaced' Chuck very well (he even looks very much alike). The set was a very entertaining mixture of all stages through the band's history so everybody got satisfied with the music, no matter if it was more into the brutal tracks from the early days or more into the technical songs from "Human" or "The Sound Of Perseverance". It was absolutely amazing how skillful the band performed and the ease with which they did this. Apart from that, Gene Hoglan was in superb form. The last time I saw him was in 1995 where he had a lot of health issues but this night he was in top shape. Band's interaction with the audience was very authentic and pretty close but unfortunately all good things come to an end. The evening ended much too soon (OK, after 20 songs!!!) but everybody went home with a huge smile on his face. Impressive work by 'just a tribute band' – but if you should ever have the chance to see them live, don´t hesitate, just get a ticket and go!! 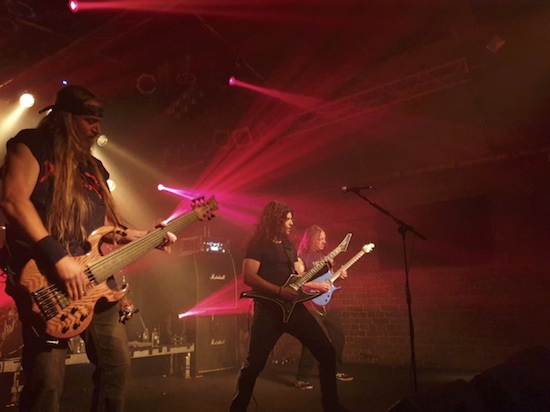 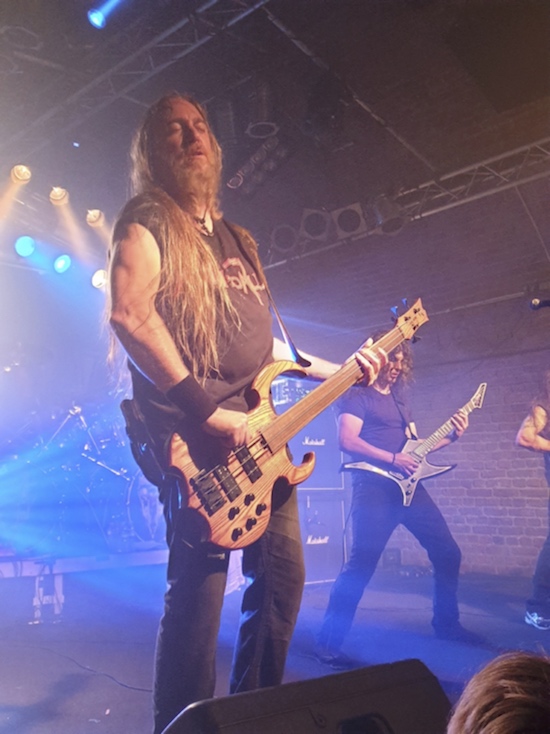 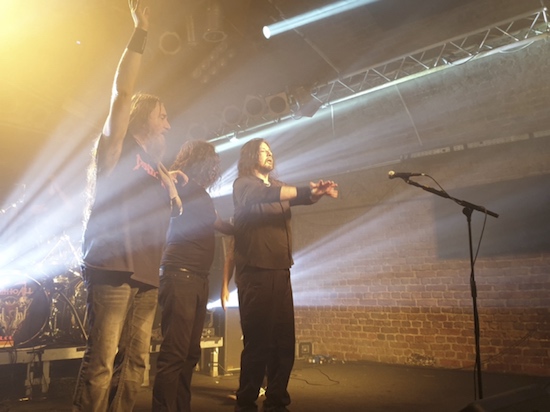