Necrot has been playing their crushingly monumental death metal for about 7 years now, released 3 demos and then compilation of all 3 called 'The Labyrinth'. Then 'Blood Offerings' came out and nothing was ever the same. They're on the road almost all the time so don't be lazy and go and see those guys live, you won't be disappointed. I went to do just that and had a chance to ask Chad Gailey some questions. Here's how it went down. 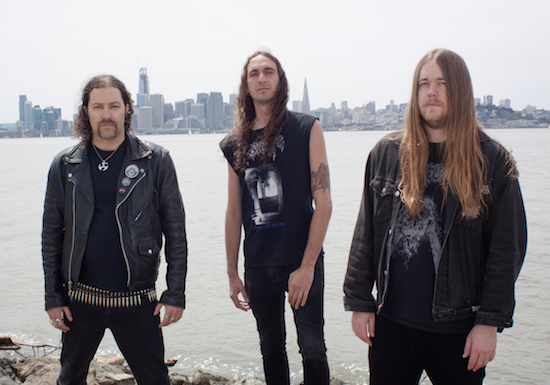 Thanks for taking time to do this, how is everybody doing?

We are doing great! Currently on our way to Atlanta, Georgia.

Necrot is currently touring and playing same stages as Morbid Angel, Cannibal Corpse and Immolation, how stoked were you guys when you found out that you'll tour together with those bands?

We were pretty stoked when we got the offer from Albert! It is definitely a dream tour to be a part of. All these bands have influenced us and our band at different points in our lives and I never would have thought we would have the opportunity to tour with them.

You are out playing and touring a lot, so I got to ask, how's life on the road treating you, what do you do to enjoy it and do you still?

Touring is really fun for us! We get to play some cities and states on this tour that we hadn't made it to yet. Getting to play bigger venues and audiences is also a huge deal. Most of these shows have been all ages and we're happy to be gaining a bunch of younger fans who may not have heard us before.

Which tour was the most memorable for you so far and what band are you looking for to play with in the future?

This tour was pretty sick! Getting to watch Cannibal Corpse, Morbid Angel, Immolation, and Blood Incantation almost every night is something I won't forget anytime soon. We would love to tour with any of these bands again if they were down to do it.

OK, let's talk about the band. What inspired name of the band, what does Necrot mean?

We wanted something that would fit the style of music we wanted to start creating. Necrot comes from Necrotic. Meaning "To Rot". I think the name is fitting.

All of you play or played in a bunch of other bands, how did you meet, what was the catalyst for the creation of Necrot?

Luca and I played a show together with our other bands in 2011, that's when we first met each other. He was working on a new project and asked if I would like to jam sometime. That's how Necrot was formed. Both he and I wrote and recorded two demos together before we got Sonny to join the band at the end of 2012.

Your demos form one image when put together, are you going to continue with the similar concept with the album covers?

Probably not. It would be cool if it ever worked out again, but I like the way we are doing things now.

Since we are on the subject. Can you tell us about cover for Blood Offerings? Who came up with the main idea, who's the artist and how did everything come together?

I had always wanted to have artwork done by Marald Van Haasteren for any project I was working on. I was always a huge fan of his work. I wrote him during the recording of the album and sent him some lyrics and rough recordings of the new album. He came up with a concept from that and we worked together to get to the final version you see today.

What does Blood Offerings mean to you?

Blood Offerings are what we go through every day in this life we live. We all sacrifice ourselves to the way society has been built. It's a contact struggle to keep going but it is necessary in order to be the master of your own destiny.

How long have you worked on the new album, is there anything from demos you've incorporated into it or is it a completely new stuff?

It's a completely brand-new album. No demo tracks were used from previous releases. I'm pretty sure it took a year and a half to write and record Blood Offerings altogether. 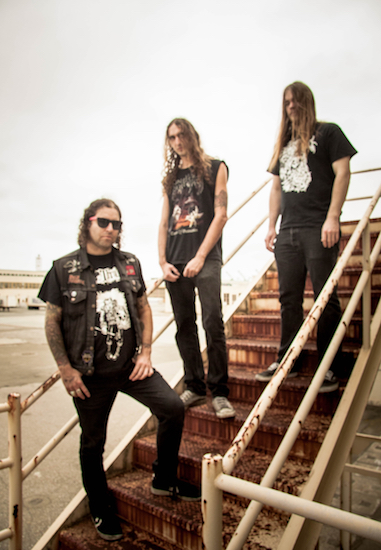 Do you guys jam in practice space together or do you work on songs separately?

Both. One of us will write the songs and then we practice them together later at our studio.

Blood Offerings created quite a stir in the metal underground. Were you surprised, or did you expect album to do well when you were composing and recording it?

We were surprised at the response, but we also knew that we had just done the best album we could possibly do at the time. I think we felt validated that all our hard work paid off. Getting on the billboard charts was pretty insane.

Which song is your favorite one and which one seems to be doing best during live performance?

I'd have to go with Shadows and Light because it's non-stop the entire song.

We always play The Blade, Empty Hands, and The Abyss. Those songs are always very strong to play during our live performances. People really like them too.

"Visions of Death, as we part from life, drowning in depths, in this emptiness"

This lyric group appeals to me because it's so in your face about death. No sugar-coating. You will die and that's it.

I've seen you live before and you sound monumentally crushing. How did you come up with that sound, was it planned, worked on or somewhat accidental?

We all have played for years and we have our gear and sound dialed in pretty well at this point. It would be pretty obvious if we were missing something.

There was a post on your Facebook page about Necrot looking for people to do a video. How is that search going, is anything happening with that?

We have gotten offers from lots of people to do a music video, but we had to go on tour and haven't been around to work out a plan. Also, money is a huge factor. Music videos aren't cheap, and we want to do it right when we have the chance to do it.

It may be too early to ask but what are your long-term plans and goals for the future?

We want to keep writing, recording, and doing sick tours. That's why we started he band in the first place.

Thank you for interviewing us and to everyone who supported us on the Decibel Tour! We truly appreciate it.