Hailing from the grim and frosty tundra’s of Norway, Khold are a band who will not submit to the huge amounts of commercial bullshit being produced around them. “Phantom” is their latest record and it stands as an ethereal, and to many a refreshing and translucent record, untouchable by the masses. I caught up with Gard and had a natter to him about “Phantom”, his son’s awful taste in music and how much he cares (or doesn’t care) about any other band in the world. 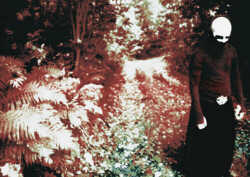 I would like to take the opportunity to thank you Gard for taking the time out to answer these questions I have. Firstly, what does the word “Khold” mean? And with the pronunciation of “Khold” is it said like our English word ‘cold’?

Yeah! Khold is pronounced “cold”. And it means “cold” too.

The lyrics behind “Phantom” seem to follow a pattern that seems to take place in the medieval landscape of old. Song titles such as ‘Witchcraft in Loom’ and ‘Butcher’s Oak’ remind me greatly of medieval coined phrases/titles that I would have heard of in history. Could you please explain some of the lyrics behind your new album?

The lyrics deal with different topics as people, nature, time, feelings and myths. We always try to write from a different point of view than the most obvious. In “Phantom”, we’re trying to comprehend what it would be like for a father to loose his daughter, and how the memory of the daughter comes back to haunt him. ‘Fra Grav til Mørke’ is about a dead person’s life after he or she drowned, and how he/she is buried in the cold and dark ground when found, to rest in peace?

‘Slaktereika’ (‘Butcher’s Oak’) is a story about a mad man who actually lived a few kilometres from here. He lived in an old house under a oak. And he killed anybody who came to his house and hung them up in the oak. The whole oak, with victims and all, was a shrine to him.
And so on. All of these different views make Hildr’s lyrics more interesting.

Our lyrics are written in present Norwegian, but the sentences have old-fashioned structures.
So, that’s why Moonfog and other people who have read our lyrics call them 18th century language. The lyrics fit our music perfectly.

“Phantom” seemed to suddenly creep out of the black metal market. Was it deliberately kept quiet, promotions wise?

Moonfog did not want to promote “Phantom” just with spots in magazines, but mainly by getting reviews and interviews in radio and magazines. And so far, we have sold a lot more of “Phantom” than we have done of “Masterpiss of Pain” already. So, things are looking good so far.

Are you satisfied with your performance as a vocalist and guitarist on “Phantom”? Looking at “Phantom” is there any things you would change?

There is nothing I would change on this album. The sound is cold and primitive. Our performance as musicians is excellent. We did everything the way we use to do it. Not to much rehearsals before we enter the studio and a lot of improvisation. And we always work fast.

“Phantom” and to the same extent Khold are the cold, dark Norwegian side of black metal. Could we ever expect a Khold release in the future where keyboards are used to provide a synthetic feel?

No, I wouldn’t bet on it! Up until now I have never been a big fan of keys in black metal. But as we are opened minded people, we don’t want to say we’ll never use them. But my guess is that it will never be a significant part of our music. 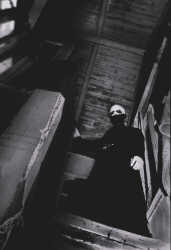 That’s a good analogy! I’ve never been compared to food before!?! (Is this a common thing in America?) But it seems to be the overall thought in the black metal scene. And I would agree with you all. “Phantom” is a more complete album than “Masterpiss of Pain”. But musically there is not a big difference. Our music has and will evolve as time passes by and we get older and more experienced. So, our next record will be even better. Cold and heartless!

I am pleased to see that you have kept up the rather short lengths of Khold albums. With all the elongated and pompous 60 minute plus albums, it is refreshing to have an album that does not beat around the bush, but delivers a short and punchy impact. It certainly gives you a different scope and edge to work with.

Yeah, we don’t put to many themes in our songs. We’re always trying to keep things simple and raw, and we’ve found out that by putting too many ideas in the music you will have, in most cases; chaos! You would have to listen to the songs a million times before you could set them apart. When you listen to a Khold album you would know instantly which song it is. Even if you’ve only heard it once! Our philosophy is that the less you put in, the more you could get out of it.

The prominent figurehead emblazoned on "Masterpiss of Pain" and now “Phantom” has certainly become a Khold icon, certainly press photos have done nothing to deter such sentiments too. Whenever I see a painted bald head, I automatically think of Khold. Could you tell me the story behind the idea of the heads?

It’s my head and there isn’t a story behind it!

Joke aside, we use this head (my head) as the face of Khold. It works like a logo. When you see the face you know it is Khold! No doubt about it!

You asked earlier if I wanted to change anything. And if there was something it would be the booklet. Although I love it the way it is now, but there are no pictures of the other guys in the band. So, it might look like a one-man band. And that was not our intention. But the booklet and the pictures tells many stories from the lyrics. Be sure to catch those stories when you buy the album.

Do you feel that metal has lost its way temporarily? I just get the feeling with the latest releases from Soilwork and Hypocrisy for instance, that the original hardness that some of these bands possessed have been brushed/swept aside in favour for a more melodic and dare I say ‘accessible’ edge. “Phantom” is anything but accessible, but still contains a strong sense of identity and melody that help it stand out in a crowd.

I don’t care what other bands think or do about music, or any other thing for that matter. So, if people want to write their music one way or another way, it is totally uninteresting to me. Only interesting music is something that I want to listen to. There are a few bands, but most bands are not interesting. That means I care for “good” music (my opinion) and not for “bad” music (my opinion, again). So, I don’t care if it is metal, pop, jazz, folk, classical or whatever. I can’t explain what makes music interesting. It could be a melody, a cord, big arrangements, small arrangements or just a single note. As long as it is interesting. 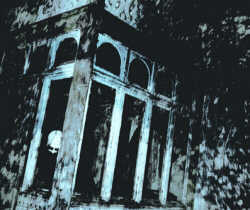 In terms of contemporary metal, do you guys as a collective, listen to much metal? Dealing with metal constantly would probably get tedious. What are some metal CDs you are listening to at the moment?

We differ a lot within the band on musical preferences. Sarke listen to a lot, old or new. Rinn listen to mostly new metal I think, and techno. I have no idea what Sir Graanug listens to. I listen to Celtic Frost and Soundgarden by choice these days. And I’m forced to listen to Linkin Park by my son. (I’m listening to them right now. And every fucking time we’re in the car). I guess it could have been worse, but anyway...

I don’t know much about sales right now, and especially not in America. But of course I hope our music will be a success over there. And every success story in America is bigger than anywhere else in the world. So, be sure to get a hold of “Phantom” all of you readers out there. It’s definitely a record which stands out from the rest as a groovy and un-commercial record. Be sure to buy one now at a record-store near you! Thank you!

Growing up as youngster (and presently) who would your musical influences be? Vocally who are/is the main inspiration for you? You have a rather uniquely venomous form of black metal rasp. More ‘grunty’ than a lot of similar artists in your field of metal.

Death, Slayer, Celtic Frost, Mayhem, Kreator, Led Zepplin, Deep Purple and, of course, BLACK SABBATH! And a few others I guess. I don’t have any bands, which give me musical influence today. But all of these bands have of course formed me as a musician, so the influences are still in me. Musical inspiration comes from everything around us. Nature, news, thoughts, people, art, literature, TV, music and so on. Everything!

In the early days, it was Tom Warrior (Celtic Frost) and Chuck Schuldiner (Death). But now, I’m my only inspiration. (And Sarke gives me inputs). And what do you mean by “grunty”? Is that a positive thing!?

‘Grunty’ is a good thing, if the metal scene was more ‘grunty’, it would be a much better place. Again, I would like to say thanks, Gard, for doing this great interview for Metalbite.com, and may Khold continue to keep churning out filthy, raw and frosty black metal. Good luck with everything!