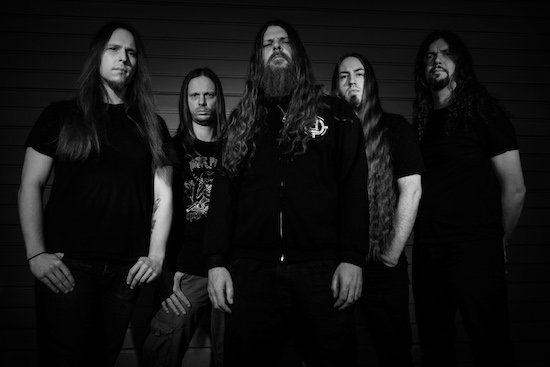 German death metallers DISBELIEF are set to unleash their new album, "The Ground Collapses" early 2020 via Listenable Records, but today the band revealed the lyric video for the first track from that new record, 'The Waiting'.

Karsten "Jagger" Jäger stated about the song : "It's about suicide, not only about acting that way, it's more about of searching for a special place like a magnet for doing that. A place where others do that before. Like a pilgrim who is searching for his best way to die! Inspiration for that lyric was a special bridge here in Germany which is the highest of this kind in the whole of the world. This is one place from many other like minded people all over the world where people are searching for a good death!
The cover of the single is showing that bridge!
This is one place where many others where like minded people searching for a good, familar death!
This way is better for the end!"